If you were a conspiracy theorist you could argue it's not a coincidence that Walt Disney (NYSE:DIS) scheduled its fiscal fourth-quarter results on Nov. 12. It was a year ago on this date that the media giant launched Disney+, the streaming service that has changed the way investors view the Mickey Mouse investment.

Disney+ has provided a breath of fresh air to the company just when it needed it the most. Its theme parks are all underperforming -- and its California gated attractions aren't performing at all. Disney had all six of the country's highest grossing movies last year, but it's been pulling its 2020 releases until folks are comfortable heading back to the multiplex. Disney's media networks have held up better, but there's no escaping the weak ad market and the cord-cutting trend eating away at that segment. Disney+ has been a rock star. It's the lone smash hit on an otherwise dud fiscal 2020 album for Disney.

If the timing of Thursday afternoon's earnings release is intentional, Disney will get through what will undeniably weak numbers pitted against the prior year's fiscal fourth quarter. Disney's studio entertainment and theme parks segments will drag down the numbers. However, it will be able to cap the report off with a birthday cake. Happy birthday, Disney+. Blow out the candle. 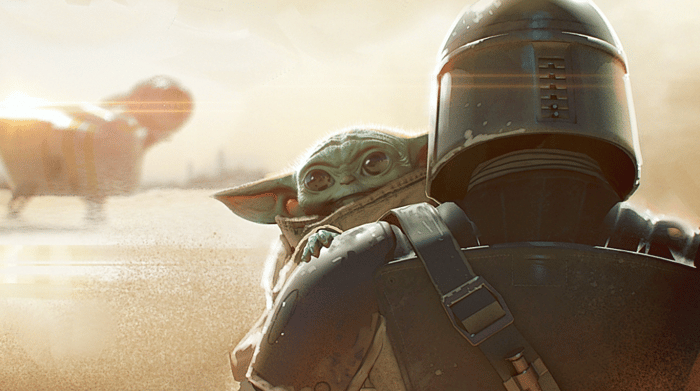 Disney+ hit the market on Nov. 12, 2019 with a fair amount of hype. Disney fans were looking forward to the rich vault of content that would be unlocked through digital devices. Disney had helped stock the pond ahead of time by offering aggressively discounted multi-year deals for annual pass customers, Disney Visa card owners, and members of the D23 fan club.

Viewers showed up on the first morning, but the platform itself wasn't up to the challenge. Outages and error messages marred the debut. Disney was paying for #DisneyPlus as a promoted hashtag, but it wasn't long before #DisneyPlusfail also began trending.

The platform hiccups were resolved later in the day, and it's fair to say that it was the last time that #DisneyPlusfail was trending. The Mandalorian quickly became the original content piece to go along with decades of classic content that made Disney+ an essential platform.

Disney+ topped 60 million paying subscribers this summer. We should soon find out where it stands three months later. Growth has slowed after the initial push, and understandably so. We're also bumping up against the first wave of cancellations from folks who prepaid for a discounted first year of access. The even harder retention task will be to keep the select Verizon Communications customers that got the first year of Disney+ at no additional cost with their plans. They will have to pay now.

Disney's smart. It rolled out the second season of The Mandalorian two weeks ago, hooking customers just ahead of the anniversary mark. The new season will play out in weekly installments into mid-December. Mickey Mouse is pretty clever.

From a financial perspective, Disney+ isn't really moving the needle. Disney generates nearly $70 billion in revenue a year, and Disney+ is generating about 2% of the top line. Disney+ is also likely accelerating the exodus away from cable and satellite television, hurting Disney's media networks division. However, Disney+ is proof that the the world's best-known media stock isn't afraid to disrupt its own business for a chance at being a leader in the future. Disney+ has had quite the year, and now this baby is doing a lot more than just crawling.