Activision's annual Call of Duty releases typically go on to be among the year's best-selling games, so Valhalla outperforming it in any slice of the overall market is a notable achievement. Prior to last week, Call of Duty games had claimed the top U.K. sales spot in the week of their release for 13 years running. 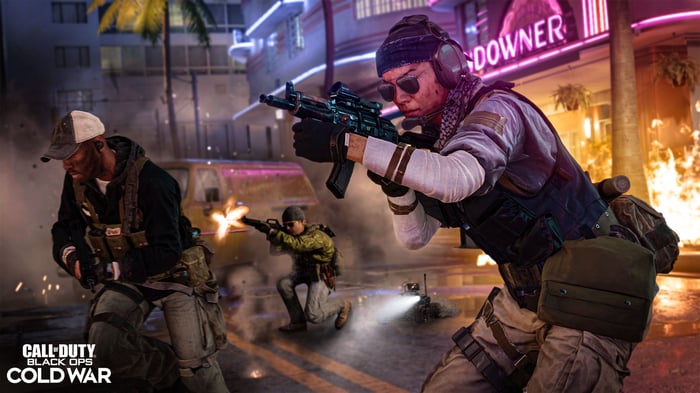 What does it mean for Ubisoft and Activision?

With games increasingly sold through digital downloads, tracking data that only include physical retail sales have lost much of their significance, but there are still important takeaways from the most recent data out of the U.K. More than being a warning sign for Activision, the data represent good news for Ubisoft and point to a resurgence for one of the company's key properties.

Ubisoft's Assassin's Creed Valhalla registered twice the number of online players than its immediate series predecessor, Assassin's Creed Odyssey. The newest entry in the series looks like it will be a major win for Ubisoft.

Call of Duty: Black Ops Cold War will likely still outsell Assassin's Creed Valhalla when digital downloads and sales from other markets are factored in. Following Cold War's release, Activision Blizzard stated that the game had generated more first-day sales than any other title in the series' history and also posted record digital sales.

With big game launches from companies including Activision and Ubisoft, and new console launches from Sony and Microsoft, it's shaping up to be a record quarter for the gaming industry.