Finding bargain technology stocks right now isn't exactly the easiest thing to do. The tech sector has been, in general, flying high since the beginning of the pandemic as investors have looked for companies that can thrive despite social distancing and lockdowns.

But there are still some relative bargains in the tech industry, and we asked a few Motley Fool contributors which ones they think are some of the best. They came back with MercadoLibre (NASDAQ:MELI), Shopify (NYSE:SHOP), and Zebra Technologies (NASDAQ:ZBRA). Here's why. 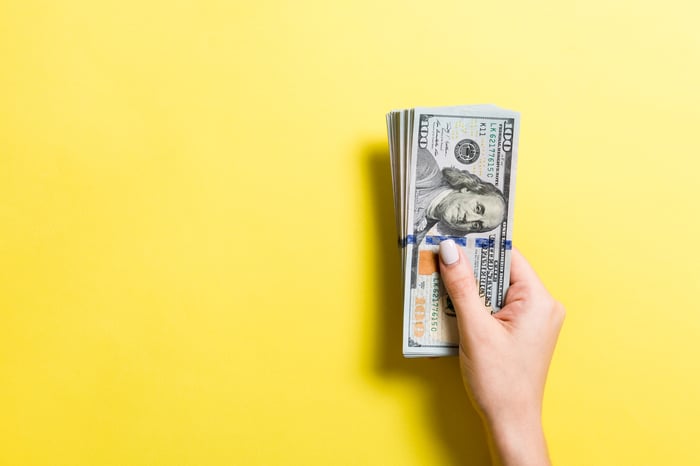 Danny Vena (MercadoLibre): Hindsight is 20/20, or so the saying goes. Few investors would pass up the opportunity to go back in time and pick up shares of their favorite multi-bagger before it was considered a sure thing. Yet given the available information, investors might be passing up just such an opportunity with Latin American e-commerce giant MercadoLibre.

It's also important to remember that Latin America has a much larger population that its northern neighbor. While the U.S. population tops out at nearly 332 million, Latin America comes in at 656 million. With the adoption of e-commerce accelerating as a result of the pandemic, the market could be much more lucrative.

MercadoLibre's stock has been on a hot streak this year, and even after the recent dip has more than doubled, up 130% so far in 2020. What's driving that ascent? Spectacular financial results. In each of the past two quarters, MercadoLibre's net revenue grew by triple-digits year over year in local currencies. Two aspects of the company's business have been on fire: e-commerce and digital payments.

It would be hard to argue with financial results like these. Third-quarter revenue grew 149% year over year in local currencies, marking the first time the company topped $1 billion in revenue in a single quarter. E-commerce led the way, up 149%, while fintech revenue jumped 105%.

The boost of pandemic-fueled business isn't likely to subside. Once customers experience the ease and convenience of purchasing and paying online, they're unlikely to stop -- as evidenced by the trend in the U.S. over the past 10 years. The shift in consumer behavior that's ongoing in Latin America will likely be permanent.

While some might question the wisdom of calling MercadoLibre a "bargain," it's important to put that in the context of its growth opportunity. Given the size of the market, the relatively low penetration, and the acceleration that's occurring -- in both e-commerce and digital payments -- the potential is vast. This will be particularly true looking through the lens of hindsight 10 years from now.

A bargain in disguise

Brian Withers (Shopify): Shopify stock has more than doubled this year. Its shares are priced close to $1,000 and it has a lofty price-to-sales ratio in the mid-40s. How can this e-commerce platform be a bargain? If you pan back to take a longer view, you'll find that in 10 years, today's stock price will look like a deal. Let me tell you why.

First, the e-commerce trend is just getting started. Even as the coronavirus drove consumers online, e-commerce sales in the U.S. reached just 16% of total retail sales in the second quarter. Even though that was a record, it's likely to get surpassed in Q3 and there's still plenty of room to grow. For Shopify's easy-to-start subscriptions starting at $9 per month, the platform has attracted a huge number of entrepreneurs and businesses in its most recent quarter. As these new merchants took advantage of Shopify's extended 90-day free trials, the company saw record conversions to paid subscriptions. These merchants are coming on just in time for a holiday quarter which is likely to be the biggest one ever for e-commerce and Shopify.

As the pandemic has brought many new customers to the platform, Shopify's history of merchant-centric innovations will make them stay. Since the platform's first e-commerce store came online, co-founder and CEO Tobi Lutke has been focused on ensuring merchants have all the tools they need to start and run e-commerce stores. Recent platform improvements such as buy-now-pay-later options and multiple delivery options including curbside pick up and local delivery were prioritized and released to help its merchants thrive during this health crisis.

Finally, Shopify's addressable market is growing. Its services and subscription plans have expanded, giving merchants more options for Shopify to take on more of their business. Two examples are Shopify Plus and Shopify Fulfillment Network (SFN). The Plus subscription plan is for large organizations that want to get the most benefit from Shopify's offerings. The fees start at $2,000 per month, but that hasn't stopped a record number of merchants signing on last quarter. SFN is an offering to make it easier than ever to get started with third-party fulfillment. With its nine fulfillment centers across the U.S., automatic integration to its platform, and a robot workforce, these centers will become a core part of many merchant's e-commerce operations in the future.

Shopify hasn't just become an overnight success. It started with a great idea 14 years ago and has been improving its platform for its merchants ever since. The coronavirus has accelerated growth this year, but even as a vaccine becomes widely distributed, the ground this e-commerce specialist has gained this year will only be a launchpad for future growth. That's why this stock looks like a bargain today.

Bet on this horse

Chris Neiger (Zebra Technologies): Zebra Technologies isn't exactly a household name, but there are several reasons why tech investors should consider this stock. First, for the bargain hunters out there, Zebra trades at just 23 times the company's forward earnings. These days, that's a deal compared to many tech stocks. Consider that tech stalwart Apple, which is hardly a fast-growing tech stock, currently trades at 30 times its forward earnings.

Bargain hunting aside, this tech stock has what it takes to go the distance for long-term investors. The company is a leader in the barcode printer and scanner market, which isn't exactly the most exciting thing to bring up at your next dinner party, but its strength in this business does matter when it comes to investing.

That's because Zebra Technologies holds a significant lead over its competitors in the barcode market and it's expanding further into asset tracking with its radio-frequency identification (RFID) tech. Why does this matter? Because more and more companies are looking to track and analyze nearly everything they make or own. The expansion of the Internet of Things (IoT) is making this easier than ever and RFID is a great way for companies to efficiently keep track of everything from manufacturing equipment to product shipments.

While the pandemic has weighed down some of the company's growth as of late, Zebra easily beat Wall Street's estimates in the third quarter. And if the company delivers on management's guidance of $1.25 billion and adjusted earnings near $3.80 per diluted share for the fourth quarter, both at the midpoint, then it'll outpace the Street's estimates once again.

Despite the company's stock popping 12% last month, there's likely a lot more room for shares to continue climbing. Zebra is just getting started in the RFID space and with its leading position in barcode scanning and printing, this company isn't finished growing yet.