When most investors are asked to name the world's best-known stock-picker, Warren Buffett gets a frequent mention -- and well he should. His Berkshire Hathaway portfolio has regularly outperformed the broad market since it was turned into the publicly traded entity it is today back in the 1960s.

The Oracle of Omaha isn't the only investment wizard worth listening to, however. Fidelity's former guru Peter Lynch has proven himself as well and has some solid tips to pass along. Indeed, fans and followers of Lynch's advice have good reason to look at Home Depot (NYSE:HD), Tractor Supply (NASDAQ:TSCO), and Bed Bath & Beyond (NASDAQ:BBBY), as each name aligns with at least one of his most-repeated stock-picking tips.

Let's take a look at these three stocks that Peter Lynch would love. 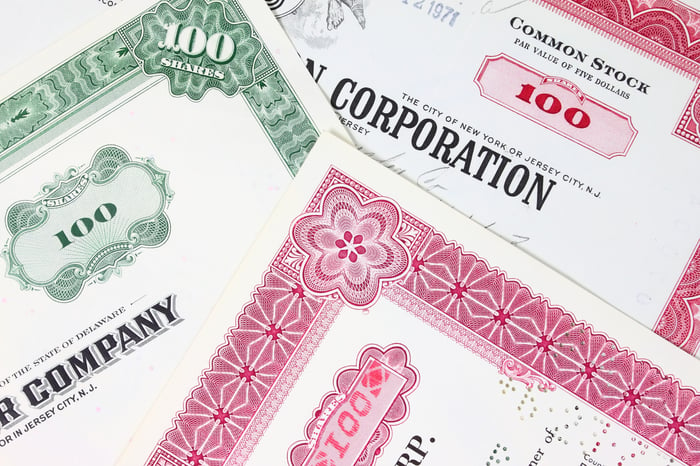 Lynch is well aware that the search for near-term gains that consistently beat the market is a sucker's game. As he voiced it so plainly in his book One Up On Wall Street: "The typical big winner ... generally takes three to ten years to play out."

Enter home improvement retailer Home Depot. No, it's certainly not the sexiest stock available to shareholders right now. Even in a good (normal) year, the company's top-line growth struggles to exceed single digits. Profit growth has fared considerably better, but even that progress has slowed in recent years as the marketplace approaches saturation.

For a relatively boring business, though, Home Depot shares have performed surprisingly well. The stock's gained more than 600% over the course of the past 10 years.

The curious part of Home Depot's history? Any investors who stepped into it in the late 1990s weren't back at breakeven levels again until 2012. That's a 12-year span during which the company itself performed well enough, but the stock didn't. In this case, it took more than Peter Lynch's suggestion that investors needed to give a company up to 10 years to fully pay off. It was certainly worth the wait, though, for shareholders willing to hang on for the second 10-year stretch following the stock's peak in 2000.

Of course, the coming 10 years may not be as fruitful for investors as the past 10 have been. Or maybe they will be. The homebuilding industry has proven surprisingly resilient even in the shadow of the COVID-19 pandemic. Homebuilder confidence reached a record level this month after breaking a previous record in October. While that demand frenzy will eventually cool, the home improvement and remodel market is pretty perpetual. Only once since 2010 has Harvard's Joint Center for Housing Studies indicated that home improvement and repair spending has not grown in any given year, even including this difficult year.

It's easy to be enamored by stocks of companies you know, buy from, and hear about from the media. And to be fair, many of these companies deserve the attention they're getting. This year's biggest large-cap winners include Amazon, FedEx, and PayPal, which have helped facilitate consumerism while the pandemic has people stuck at home.

There's a big winner in this high-performance pile that most investors have probably never even heard of, however. That's Rollins (NYSE:ROL). Shares of this pest control company have rallied 74% since the end of 2019. You read that right -- an exterminator stock has dished out big double-digit, tech-like gains. It's fairly safe to say nobody saw it coming.

The big gain probably didn't come as a huge surprise to Peter Lynch and his acolytes, though. As he noted, "If I could avoid a single stock, it would be the hottest stock in the hottest industry." His point is that investors should be willing to look off the beaten path at smaller outfits.

This line of thinking puts a name like Tractor Supply in focus, and in play. It's a retailer, but not on the same undertow that's bankrupting many apparel stores. The company sells gardening and farm supplies. Its top line was up a little over 5% last year, but year-to-date revenue is higher to the tune of 25% in 2020 as consumers have embraced self-sufficiency. It's now modeling annual top-line growth of between 6% and 7% for the next three to five years, which for a retailer isn't bad at all.

Yes, this is the same Bed Bath & Beyond that's been slowly slipping into trouble since 2014 when sales growth slowed dramatically. By early last year, it was in an outright decline, leading to the ouster of CEO Steven Temares. Former Target executive Mark Tritton took the helm in October of 2019, but by that time, the market had largely given up all hope for a turnaround.

That was a big mistake. Sales during the quarter ending in August were only down 1% year over year, despite challenges related to the pandemic, and despite the sale of its One Kings Lane brand of home goods. Per-share earnings were up 47% year over year, and margins improved by a couple of percentage points. The company was able to adapt to the challenging environment by expanding its e-commerce platform, which drove online sales higher by 89% year over year.

Sure, last quarter might have been a fluke. One quarter does not make a trend. On the other hand, all big turnarounds start with that one pivotal quarter. As Peter Lynch explains: "Things are never clear until it's too late."