Please ensure Javascript is enabled for purposes of website accessibility
Free Article Join Over 1 Million Premium Members And Get More In-Depth Stock Guidance and Research
By Rich Smith - Nov 27, 2020 at 7:07AM

Can Boeing ever catch up?

At 11:01 p.m. EST on Nov. 17, approximately 27 hours after lifting off from Cape Canaveral, a SpaceX Crew Dragon capsule carrying four astronauts docked with the International Space Station (ISS), marking the second successful trip to the ISS from U.S. soil since the Space Shuttle program closed down in 2011.

Just as important to SpaceX, it marked the company's first "operational" mission to ISS with a spacecraft that's both human-rated and NASA-certified. Indeed, as of today, SpaceX has the only commercial spaceflight system in operation that meets these two standards. It's because SpaceX has cleared this bar that the mission that took flight last weekend was designated "Crew-1" even though it was the second spacecraft SpaceX had sent to the space station with astronauts on board. 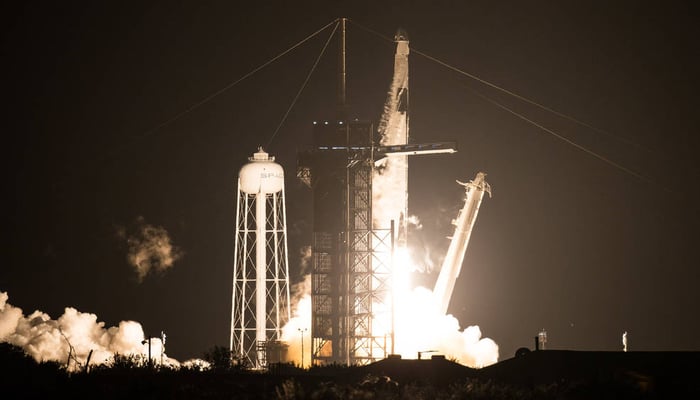 Boeing, which was awarded a NASA contract to develop a similar human-rated spacecraft on the same day SpaceX received its contract, has yet to conduct even a successful unmanned test flight of its Starliner spacecraft to ISS. Its first attempt, which took place nearly a year ago, failed to reach ISS when the Starliner spacecraft's engines did not fire at the correct time.

Boeing still plans to make a second unmanned attempt (at a $410 million cost that Boeing itself will pay), followed by a later crewed mission to ISS, but no firm dates have been announced for either event, and space watchers predict it will be months before a Boeing-carried astronaut sets foot on ISS.

The first result: With every passing week, Boeing falls farther behind SpaceX in the corporate space race.

The other result: The longer this goes on, the more Congress will have to question NASA's decision to pay Boeing $4.2 billion to build and fly its Starliner (which hasn't yet reached ISS), when SpaceX only charged $2.6 billion (for Crew Dragons that have gone there twice).

This is fast becoming an embarrassment for Boeing, but the greater danger for investors is this: What happens if NASA decides (or Congress tells it to decide) that Boeing no longer deserves to be paid a premium for its rocket launches based on their superior reliability?

According to data from S&P Global Market Intelligence, Boeing's Defense, Space & Security division is currently the most profitable business at Boeing, producing a 9.2% operating profit margin on $6.8 billion in revenue in the most recent quarter (versus a $1.4 billion loss at Boeing's Commercial Airplanes division). Granted, that may change now that the FAA has authorized Boeing's beleaguered 737 MAX airplanes to resume flying. With this authorization in hand, airlines may once again be willing to take deliveries of 737 MAX planes already ordered, or buy new ones if and when air travel demand revives. (That's the beauty of operating an industrial conglomerate business like Boeing's. When one division falters, another may be ready to turn around and pick up the slack.) Still, investors could be forgiven for wishing that Boeing, whose stock has fallen 45% in the past year, could perhaps begin firing on all cylinders simultaneously for a change.

And it still might. After all, after multiple launch delays, Boeing's rocket-launching joint venture with Lockheed Martin, United Launch Alliance, did finally get its NROL-101 rocket into orbit this week -- the company's 141st successful launch in a row. That must have come as a relief to the space company.

Today marks United Launch Alliance's 141st launch and our 29th for the National Reconnaissance Office. ULA is honored to further our national security partnership with @NatReconOfc by launching #NROL101, a payload designed, built and operated by the agency. pic.twitter.com/lnmt4sGWCW

And there's always the hope that, when Boeing finally does make its next couple of Starliner attempts, the launches will go off without a hitch.

Meanwhile, on the other side of the ocean, a couple of key Boeing rivals are having troubles of their own. On Tuesday, for the second time in three launches, an Arianespace Vega rocket failed to reach orbit and resulted in a loss of mission. Two days before that -- about the time SpaceX's Crew Dragon was heading for orbit -- Russia's TASS news agency announced a round of paycuts and layoffs at Russia's Roscosmos. 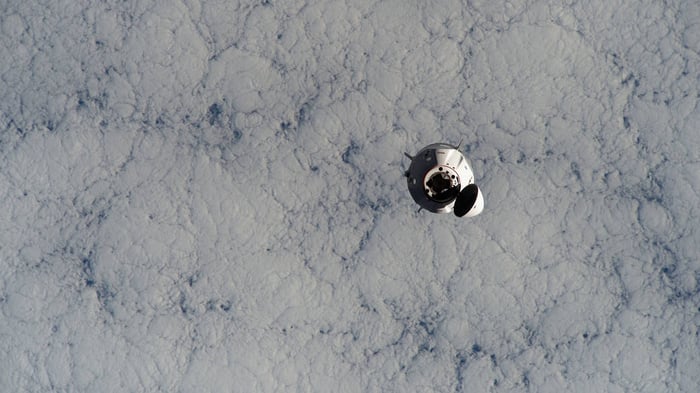 The former event may have little significance for Boeing, which generally doesn't compete with Ariane on commercial missions, while the latter event may seem more tied to an anticipated loss of revenue at Roscosmos if NASA stops buying astronaut seats aboard Russian rockets now that SpaceX has proven itself capable of taking over that mission. Still, it seems Boeing's not alone among space companies that are struggling right now.

But that only makes SpaceX's star shine the brighter.