Snap (NYSE:SNAP) already shares a good amount of DNA with TikTok, but now, it has downright cloned elements of the increasingly popular social media app. The company behind Snapchat introduced a new feature in its flagship app called Spotlight, which provides an endless feed of short videos catered to each user. The format holds a lot of promise for Snap's business and builds on existing behaviors in Snapchat.

Here are three reasons investors should love the potential of Spotlight. 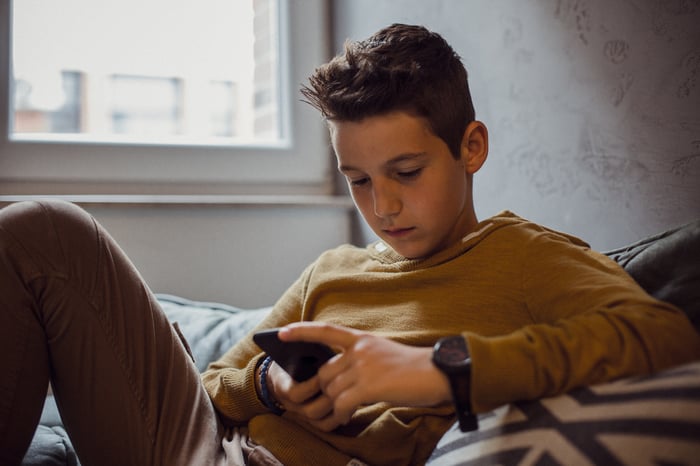 Protection against the competition

TikTok appeals to a similar audience as Snapchat. By copying its main features -- the ability to embed music and an endless feed of content -- Snap is protecting itself against losing engagement to TikTok.

Facebook successfully accomplished that strategy when it added Stories to Instagram. When Facebook launched Stories, the feature was less about winning over Snapchat users than it was about preventing Instagram users from leaving or spending less time on the platform. Half a billion daily active users later, it's a clear success.

Snap has managed to continue growing Snapchat's user base over the past year despite TikTok's booming popularity. The company averaged 249 million daily users during the third quarter, up 18% year over year. Snap also reported increased engagement in key metrics like Snaps created per user. That's despite TikTok adding more than 50 million monthly active users in the U.S. from Oct. 2019 through June 2020.

So Snap is doing a good job of growing users and keeping them engaged despite TikTok's growth, particularly among young people. But the addition of Spotlight should keep them in the Snapchat app.

Spotlight has a lot of potential to increase engagement on Snapchat. It takes a behavior many users already do within the app -- make fun videos to share -- and provides another format for sharing and viewing them. That should lead to more people creating Snaps, and users spending more time viewing them (the $1 million per day giveaway to creators through the end of 2020 will help fuel that engagement too).

Snap has always boasted strong engagement among younger users, but that engagement is often focused on less profitable behaviors like private messaging with friends. More recently, it has grown engagement through features like Shows in its Discover section, which are much more easily monetized. Snap should be able to monetize time spent viewing Spotlight at a much better rate than private messaging.

Spotlight is another area for Snap to sell high-value ads like its six-second Commercials. Management called out the video ad format as one of the reasons it saw its average ad price increase for the first time since it started selling ads programmatically. Commercials are currently only featured in Shows and Games on Snapchat. The growth of Spotlight is also an opportunity to increase the adoption of Sponsored Lenses, as it should drive more creators to the app.

The other opportunity is for Snap to expand on shopping ads with Spotlight. TikTok has explored adding shopping features in its app for creators to make commissions selling products. It aims to follow a similar road map to its Chinese counterpart Douyin, and that's part of what attracted Walmart to try to acquire a stake in the company. Snap already has a partnership with Amazon that it could build on with more shoppable features, and it could build on its dynamic product catalog ads.

In the early days, Snap will aim to drive engagement with the format before it inserts advertisements, but the long-term potential is there. Look for Snap's investment in Spotlight and moderating public content to hit its bottom line in the near term, but it should see continued growth in its user base and engagement as it fends off TikTok.

Over time, the tech company should see improvements in average ad prices alongside growth in impressions that outpaces its user growth as it opens ad inventory in the section. That should enable it to maintain its revenue growth pace even if user growth slows as its platform matures over the next few years.