Since inventing the first GPU in 1999, NVIDIA (NASDAQ:NVDA) has expanded beyond PC gaming to become a leading provider of graphics, data-center, and edge AI solutions. Pursuing this growth strategy, NVIDIA recently completed two acquisitions that, if approved, could give it the ability to aggregate world-class CPUs, GPUs, and networking technology in its products -- one-upping its rivals and boosting its profits in the process. 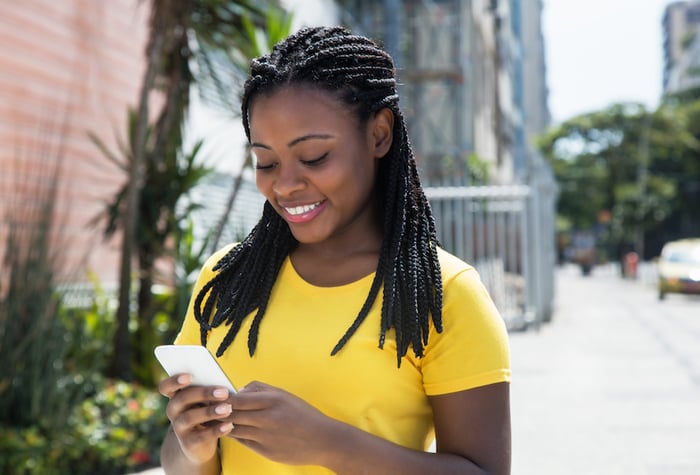 In April 2020, NVIDIA paid $7.13 billion in cash to acquire Mellanox, a company that provides high-performance interconnect solutions -- the silicon, switches, adapters, and cables needed to network a data center. Management estimates this will boost NVIDIA's total data-center market opportunity to over $60 billion by 2023.

So far, the combined company's financial performance has surpassed Wall Street's expectations. In the most recent quarter, NVIDIA reported total revenue of $4.73 billion, up 57% from the prior year. Mellanox accounted for 13% of this figure, generating $615 million in revenue, up 84% from the prior year. That's great news, but this acquisition goes beyond revenue synergies.

Jensen Huang, NVIDIA's visionary CEO, believes the computer of the future will extend beyond the server and into the network. In other words, rather than simply moving data around, the network will help process data, lightening the load on CPUs and making data centers more efficient. That's why this acquisition makes sense. By combining its GPUs with Mellanox's networking technology, NVIDIA can take a more holistic approach to the data center, designing products in-house that Intel and AMD simply can't match. But there's still a missing piece of the puzzle: CPUs.

In September 2020, NVIDIA announced its intention to acquire ARM from Japan's SoftBank in a cash and stock transaction valued at $40 billion.

ARM has created a vast ecosystem of CPUs, though its business model differs from competitors like Intel and AMD. Rather than building processors, ARM licenses its intellectual property to partners like Qualcomm and Samsung, who build the chips, then pay ARM licensing and per-chip royalty fees. This business model generates recurring revenue with a high gross margin, and it has helped make ARM processors the most popular processors in the world, used by over 70% of the global population. But ARM also has another advantage: its processors are more power- and cost-efficient than the x86 chips built by Intel and AMD. This combination of market-leading scale and efficiency would give NVIDIA a meaningful edge in a range of markets.

In the data center, the integration of NVIDIA GPUs, Mellanox networking, and ARM CPUs would allow NVIDIA to offer a more complete computing platform than any competitor, one that spans from the server to the network, designed to tackle everything from scientific computing to artificial intelligence. This would make NVIDIA a one-stop-shop for data center customers, an advantage that should translate into strong revenue growth.

The acquisition would also strengthen NVIDIA's position in other end markets. For instance, ARM processors are currently used in 90% of mobile and IoT devices, while NVIDIA's chips are virtually absent. By acquiring ARM, NVIDIA would gain access to a vast network of customers and developers; using these relationships, NVIDIA could sell its GPUs alongside ARM's processors, creating revenue streams in new markets.

In total, NVIDIA's management estimates these opportunities would more than double its addressable market to $250 billion by 2023. That figure represents over 16 times NVIDIA's revenue in the last 12 months, leaving plenty of room for future growth. But there's another reason investors should be excited.

NVIDIA could use ARM's scale to begin licensing its intellectual property to other companies. This business model has allowed ARM to generate gross margins in excess of 90%. If NVIDIA were to take the same approach, more of that massive market opportunity would hit its bottom line.

Unfortunately, acquisitions don't always work out in practice as well as they do on paper. If approved, investors should pay attention to NVIDIA's revenue growth and margins. If growth slows or margins shrink, it could be a sign that things aren't going as planned. Investors should also be aware of the politics at play here. The ARM acquisition still requires approval from regulators in the U.K., China, the European Union, and the United States. Any deterioration in the relationships between these countries could hinder approval.

But if all goes well, these mergers could be good news for investors. NVIDIA's GPUs and AI solutions are already recognized as world class, consistently outpacing and outperforming products from competing chipmakers. These acquisitions would strengthen that competitive advantage, while creating revenue synergies and operational efficiencies that could compound NVIDIA's profitability.