Please ensure Javascript is enabled for purposes of website accessibility
Log In Help Join The Motley Fool
Free Article Join Over 1 Million Premium Members And Get More In-Depth Stock Guidance and Research
By Jim Halley - Dec 1, 2020 at 9:28AM

Gaming platform Roblox filed for its IPO recently. The company has made huge gains in users during the pandemic.

All you need to know about why Roblox's impending initial public offering (IPO) is a big deal is that, at last count, the gaming platform service had 36.2 million daily active users, which is up 97% from a year ago and a far cry from the 100 gamers the company started with in 2006.

Roblox is also making money from those players, with revenue in the most recent quarter up 90% over the year-ago period.

The San Mateo, Calif., company began in 2004 as a platform for multiplayer gaming and game development geared toward children. Inside the metaverse of Roblox, players can play or create games in a 3D world with their phones, game consoles, or computers. The platform includes three elements: Roblox Client, an application that allows users to try out 3D digital universes; Roblox Studio, a tool kit that allows developers to build their own games; and Roblox Cloud, the infrastructure that hosts the platform.

Roblox is huge in the under-13 demographic. It allows players to play and interact with their friends online. It's easy to get into because it is free to download and play, but players can make in-game purchases of gear, clothes, and accessories for their avatar with "Robux" and there are levels of paid subscriptions that include Robux stipends. Players who develop their own games on the platform can make serious money. Last year, 250 developers made $100,000 or more from the company. More than 7 million developers have built games on the platform, and the company said it paid $209 million in developer fees in the first nine months of the year.

The company plans to list its stock on the New York Stock Exchange under the symbol RBLX.

Here are three reasons investors are talking about Roblox. 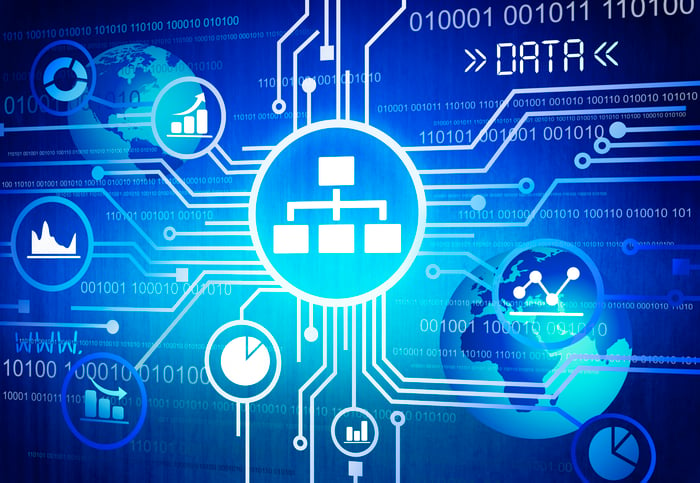 In the fourth quarter of 2018, the company had 13.7 million daily active users, so in less than two years, it has nearly tripled the number of players. The more people who use the service, the more it draws in users, as new players frequently get their friends involved in the games.

While much of the company's growth has been fueled during the pandemic by teens and tweens with too much time on their hands, the platform has developed its own momentum. Rapper Lil Nas X recently held his first online concert on the platform. The show, which included an avatar of the performer (who was using a motion-capture suit) singing his hit Old Town Road and other songs, was viewed 33 million times. There was no charge for the concert, but concert-goers had to sign up with a Roblox account and the company is counting that some of those people will join its ranks of gamers.

The company has multiple ways to make money. Players can outfit their avatars with clothing, accessories, and "emotes" -- which are emoticons designed to express a players' emotions while they are in a game -- purchased from the company's Avatar Marketplace. Users who earn Robux by selling games or game items can trade their Robux for actual money, but the company takes a commission on every Robux transaction, and with 36 million users daily, that adds up. The company said it also makes a small amount of money from advertising, licenses, and royalties.

Opportunity to expand into China

China, as the world's most populous country, is also the largest online gaming market in the world. In 2019, Roblox gained entry into China via a partnership deal with Tencent, the largest online gaming company in the world, though it hasn't launched there yet. Roblox holds a 51% controlling stake in the partnership, and Songhua, a Tencent affiliate, owns the rest. According to Roblox's prospectus, Tencent plans to publish a Chinese model of Roblox's platform.

A few reasons to pump the brakes

Roblox's rise has come about because a lot of kids are homebound with free time. New users jumped 40% in March at the beginning of the pandemic. Once the pandemic is over and most children return to school, it's inevitable that the company's user rate will drop. In the first nine months of the year, the company said, the hours spent online by users grew 122% and that trend will likely slow. The company has already seen signs of that. According to Sensor Tower's estimates, Roblox's best month this year was May, when it made $113 million in global mobile player spending. Since then, as some children have gone back to in-person learning, business has slowed slightly. In September, global mobile player spending was down to $94 million.

There's plenty of competition out there, and as Roblox's users age, they may graduate to other gaming platforms and the company will have to continue to find new users. As it is, the company's competitors include heavyweights such as Sony and Microsoft, plus Disney and Alphabet, which are just starting to ramp up their own cloud-based gaming efforts and these companies can easily outspend Roblox.

Expect the ride to be bumpy

I think there's enough pent-up demand for gaming stocks that Roblox's IPO should fare well. However, I'm not recommending Roblox as, in the long term, there are a lot of question marks. Cloud-based gaming is a quickly evolving field, and Roblox's key teen and tween demographic is notoriously fickle. Yes, the company is growing revenue, but it hasn't yet shown it can make a profit.

Too much of the company's growth has been pandemic-fueled and I'm not sure how it can sustain its rate of growth as things get back to normal. The company needs to prove it can turn all of those daily active users into a profitable business and it is a long way away from that.