When your shares are priced for perfection, it seems that even being better than perfect isn't enough. Shares of Zoom Video Communications (NASDAQ:ZM) plummeted 15% on Tuesday despite coming through with blowout financial results for its fiscal third quarter.

There's a lot to unpack here, but let's start by pointing out that Zoom continues to be one of this year's hottest stocks. Even after this week's sell-off, the stock is still nearly a six-bagger, up 497% in 2021 through Tuesday's close. And the party isn't over. Let's see why Zoom should bounce back, and continue to trounce the market in 2021. 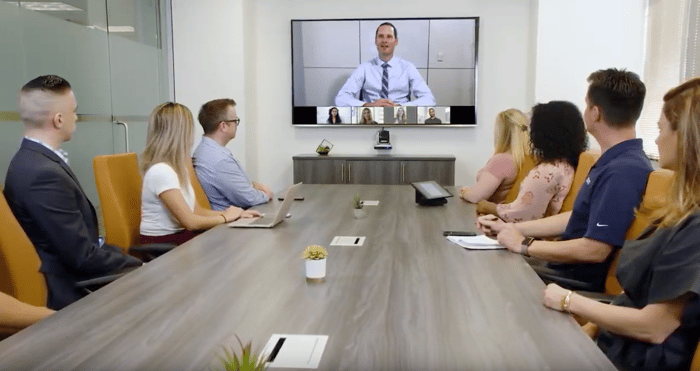 Wall Street still can't keep up with Zoom's growth. Revenue soared 367% to $777.2 million for the three months ending on Halloween. It was a treat, not a trick, for analysts holding out for 316% top-line growth. Zoom's adjusted earnings of $0.99 a share were an 11-fold advance over the $0.09 it posted on the same basis a year earlier. Wall Street pros were holding out for only $0.76 a share.

Beating the Street is what Zoom does, and Tuesday's 30% bottom-line beat is actually pretty pedestrian by the company's standards.

This is actually the first time in more than a year that Zoom didn't more than double Wall Street's earnings estimate, but that's not a problem since the numbers are larger now. Its strong profitability is a given at this point, and as long as the beats keep coming, you're better off buying into the pullback than rotating out of Zoom.

2. Valuations got a whole lot better

A neat thing about fast-growing companies is that big steps up eat away at valuation concerns. Zoom's stock taking a step back after big beats on both ends of the income statement only make this makeover even more impressive.

Let's size up Zoom at Monday's close, minutes before spilling the beans on its fiscal third quarter. Then let's compare it to where we were at Tuesday's close. The share count inched slightly higher between the fiscal second and third quarters, but the combination of everything else creates a pretty startling contrast 24 hours later.

In a single quarterly report -- with the tailwind of a 15% drop in the stock -- we saw Zoom's trailing-revenue multiple plummet 41% and its earnings multiple nearly cut in half. You may argue that 62 times trailing revenue is not cheap. A P/E ratio of nearly 180 is not cheap. Fair enough, but you do realize that revenue and adjusted earnings just soared 367% and 1,079%, respectively? The stock is trading at a multiple that is a discount to its current growth rate.

A bear can counter that growth will only slow from here, and there's no disputing that. But if you're looking ahead instead of back to arrive at that argument, you must realize that the forward multiples get even lower.

You can run a white glove over the report and you'll pick up a few dust particles. Gross margin contracted given the combo of a surge in free users and increased overall usage. The number of customers spending at least six figures a year on Zoom (up 136%) is growing a lot slower than the overall business. Guidance calls for decelerating growth.

If these are the warts, you're going to be fine with Zoom. Guidance calls for revenue and earnings per share to climb 329% and 420%, respectively, at the midpoint for the new quarter. This is not a disappointing outlook, and we've already seen what Zoom does to expectations.

Anyone concerned that Zoom will simply fade away once we're over the COVID-19 crisis isn't paying attention. Video meetings, virtual learning, and social Zoom gatherings aren't going away entirely anytime soon. Zoom was never a pandemic growth story. For 10 consecutive quarters, customers with at least 10 employees have registered a trailing-12-month net dollar expansion rate of 130% or higher (that is, returning customers spent at least 30% more than a year earlier). The pandemic helped accelerate the revolution, but it was happening with or without the COVID-19 calamity.

Zoom is here to stay, and the longer you look, the more attractive it will get as an investment right now. It's the class act of communication stocks, and for now the class is most certainly not dismissed.