The plan calls for existing XPO shareholders to get shares in the new company, which will rank as the world's second largest contract logistics provider with about 200 million square feet of warehouse space. As of Sept. 30, the company had operations in 27 countries, and is focused on e-commerce fulfillment primarily in North America and Europe. 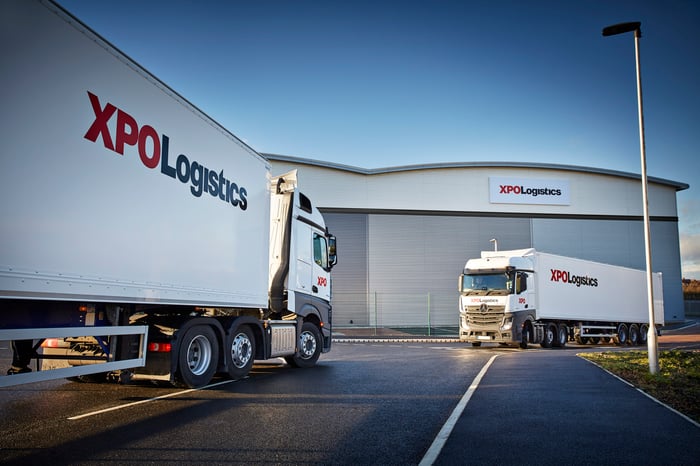 The remaining business is the third largest provider of less-than-truckload transportation in North America and the second largest truck brokerage provider worldwide. About 64% of XPO total revenue in 2019 came from the trucking and transport business, while 36% came from logistics.

Jacobs would serve as chairman of both companies, and as CEO of the trucking portion of the operation.

XPO officials have long complained that the stock suffers from a so-called conglomerate discount, with the total value of the shares trading at multiples well below those of more pure-play operators. XPO's enterprise value is currently about 12 times earnings before interest, taxes, depreciation, and amortization (EBITDA). By comparison trucking company Old Dominion Freight Line (NASDAQ:ODFL) trades at a 22 times multiple and logistics specialist C.H. Robinson Worldwide (NASDAQ:CHRW) trades at a 19 times multiple.

The company was considering various breakup or spinoff options earlier this year, but called off the effort due to the pandemic. With XPO's valuation still lagging competitors as business has returned to normal, we said back in August a second attempt at a breakup was quite possible.

In theory, the spinoff would make each company's story easier to understand, and, management hopes, cause the markets to assign higher multiples to both units.