Verizon Communications (NYSE:VZ) is slipping a little cash into investor stockings in advance of the holiday season. The telecom giant announced in the middle of market trading hours Thursday that it has declared its latest quarterly dividend. Like its predecessor, the new payout will be just under $0.63 per share. It is to be paid on Feb. 1 to investors of record as of Jan. 8.

Considered a solid dividend stock by many, Verizon's dividend currently yields nearly 4.1%. The company's payout has been relatively generous for years, and it makes a point of raising it every year. The most recent hike occurred in September, although that raise was by less than $0.01 per share. Since the start of 2015, the company's dividend has crept up steadily, from $0.55 to the present level. 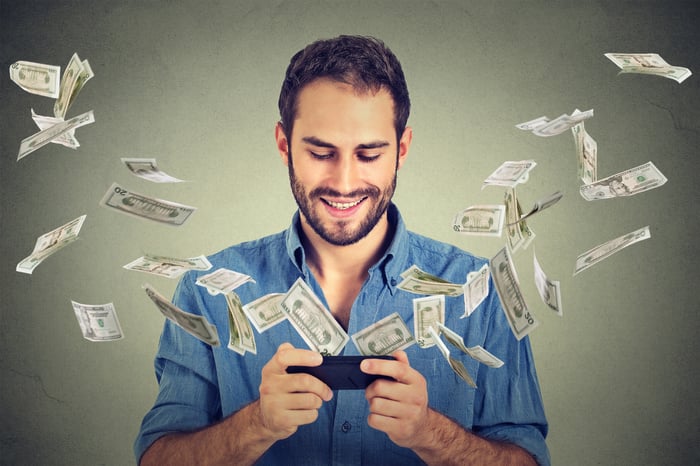 Verizon deserves some praise for keeping its dividend high while at the same time spending the buckets of cash required to establish and develop a 5G network.

An upgrade of this size and scope isn't done easily or cheaply; the company has managed to allocate its cash prudently enough to both maintain its dividend and roll out that new capability. It's indisputably the necessary mobile technology of the future, and Verizon is pushing ahead with it nicely -- even though the service currently is very limited, despite the abundant marketing hype.

This dynamic makes the dividend quite safe, in my view. With its very wide subscriber base, Verizon is a strong cash generator -- last year, for example, its free cash flow was over $17.8 billion, more than enough to fund the $10 billion and change it spent on dividend payments.