If you've been following the stock market closely in 2020, you're likely aware that it's been a huge year for initial public offerings (IPOs). A whopping 420 companies have gone public on the U.S. stock market as of Dec. 4 -- up 88% through the same day in 2019.

To get a survey of potentially explosive newcomers, we asked three Motley Fool investors to identify a recent or upcoming IPO stock that could be a huge winner. Read on to see why they identified Roblox, GoodRx Holdings (NASDAQ:GDRX), and Airbnb as top stocks to buy this month. 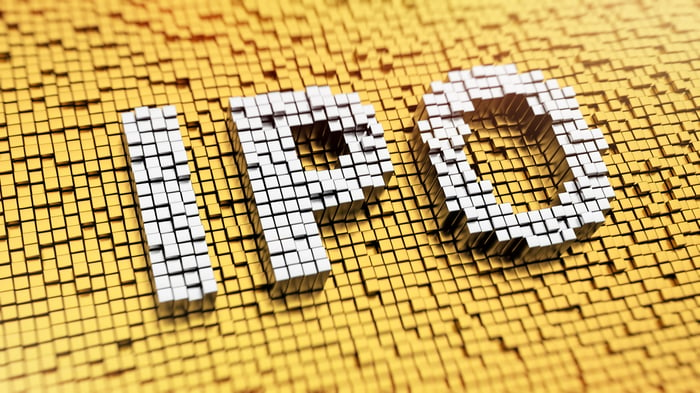 Keith Noonan (Roblox): Video games have never been more popular, and it's likely that the market for interactive entertainment will continue to see dramatic growth over the next decade. Top players in the industry will likely deliver strong stock returns, and those looking to benefit from momentum in the space should consider building an early position in Roblox.

The company's name comes from its Roblox social gaming platform -- an online universe that lets users create and experience a seemingly infinite variety of interactive worlds and scenarios. If you're tapped into the video game world but not familiar with the game, think of it as a take on the Minecraft formula that offers even greater potential for creativity and customization. If you're not yet an avid gamer or industry watcher, think of Roblox as a digital take on Legos that allows players to socialize while experiencing environments and activities other users have created.

Like Minecraft and Legos, Roblox is enormously popular with young people. The company estimates that approximately 75% of U.S. children between the ages of 9 and 12 play the game, and the platform was registering 31.1 million daily active users as of the end of September. The platform also has approximately 7 million people creating content for other users to enjoy, and creators receive payments based on engagement in their digital worlds -- so the company has established incentives that will ensure a steady flow of new content and help facilitate continued growth for its platform.

Across the first nine months of the 2020, Roblox managed to grow bookings 171% compared to the prior-year period. The company also recorded $345 million in operating cash flow, up from $62.6 million in the first nine months of 2019. Even taking tailwinds from coronavirus-related conditions into account, the business's engagement and growth metrics are staggering, and it will have plenty of opportunities to expand monetization. Roblox is on track to IPO before the month is out, and investors who snatch up shares up early could have a huge winner on their hands.

Will Healy (GoodRx Holdings): GoodRx has long fulfilled a pressing consumer need. Rising prescription costs often hit pocketbooks hard. The fact that price information on such drugs was difficult to obtain made this problem worse.

However, thanks to GoodRx, consumers can now find pricing for a specific drug in one spot, and might even find coupons for specific prescriptions.

Its September 2020 IPO started successfully. Within a few trading sessions, the stock had risen well above the $33 IPO price to a high of more than $64 per share.

Unfortunately, this move higher came to an abrupt end in mid-November when Amazon announced it would launch Amazon Pharmacy. This sent GoodRx stock plummeting back to a level near its original IPO price. 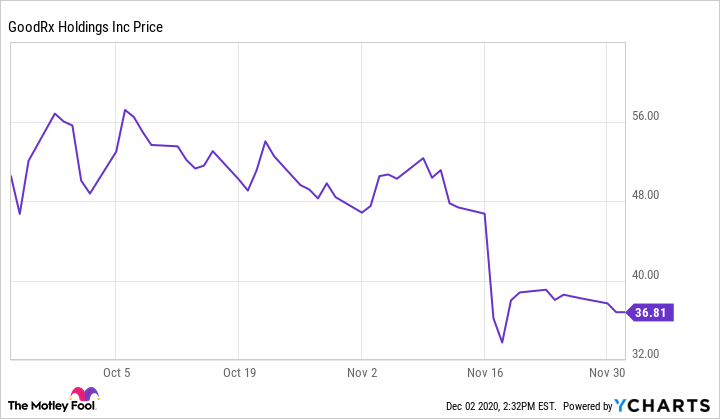 Indeed, Amazon's move brings uncertainty to the competitive landscape. However, investors have good reason to believe in GoodRx.

For one, it has consistently turned a profit since 2016. These earnings give GoodRx more flexibility to fight back against Amazon.

Second, companies such as Walmart and Costco Wholesale have challenged Amazon's dominance in other areas. They will likely do so in the pharmacy space as well. Since most major pharmacy chains already post prices on GoodRx, it can play a critical role in facilitating this competition.

Moreover, GoodRx has also entered the telehealth market. Although GoodRx does not explicitly combine its telehealth and pharmacy-related services, it could potentially form something of an ecosystem. Such a prospect could help make GoodRx a worthwhile investment.

Joe Tenebruso (Airbnb): Airbnb's initial public offering could be one of the biggest -- and best -- IPOs of the year. The popular online marketplace for vacation rentals is expected to make its stock market debut around Dec. 10 on the Nasdaq under the ticker ABNB. It's reportedly seeking to raise as much as $2.5 billion at a $35 billion valuation.

Airbnb's scale is impressive. Already, more than 4 million hosts have welcomed over 800 million guests to their properties. Airbnb's platform contains 5.6 million active listings worldwide spanning across 220 countries and 100,000 cities. It is, quite simply, an invitation to visit nearly anywhere in the world.

Airbnb's business, like that of many other travel-related companies, was hit hard by the COVID-19 crisis. Bookings plunged 72% during the early stages of the coronavirus pandemic. This sharp decline in revenue and mounting losses drove Airbnb to lay off employees and drastically cut expenses. The company also made the difficult but necessary choice to raise $2 billion via equity and debt financing in April, with the stock sale completed at a valuation of $18 billion -- roughly 40% lower than the price at which Airbnb was valued in 2017.

Those moves helped to shore up Airbnb's cash reserves and improve its cost structure. Its business soon began to recover as people sought out rentals in less crowded locations in the months that followed. Airbnb's actions during the COVID-19 crisis showed that its leadership team is capable of making the tough choices required to position the company for long-term success.