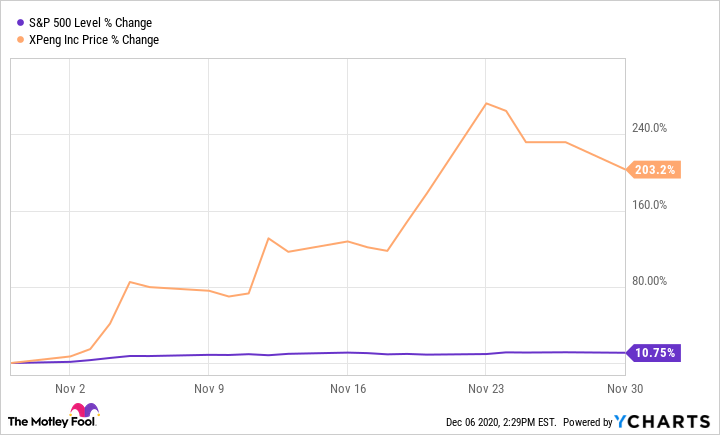 XPeng published vehicle delivery data on Nov. 2, revealing that it had delivered 3040 vehicles in October -- an increase of 229% year over year. The strong deliveries update was followed by positive coverage from analysts, an impressive third-quarter report later in the month, and the unveiling of new autonomous-driving software. 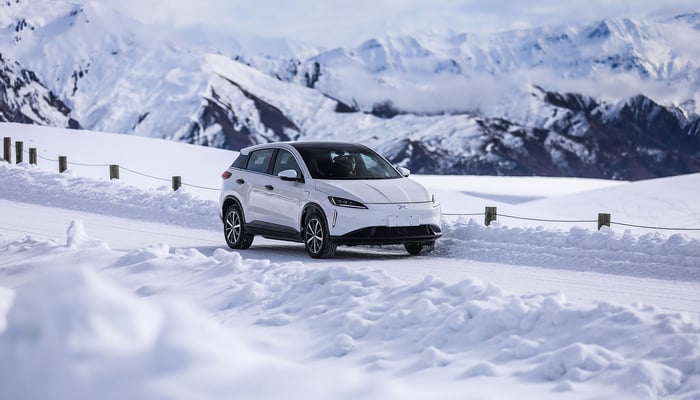 XPeng published third-quarter results on Nov. 12, posting sales that came in ahead of Wall Street's target but earnings that fell short of the market's expectations. The EV company posted a non-GAAP (adjusted) loss per share of $0.32 on revenue of $293.1 million, while the average analyst target had guided for an adjusted loss of $0.18 per share on sales of $278.74 million. XPeng delivered 8,578 vehicles in the quarter, up 265.8% year over year.

The electric-vehicle specialist also revealed its next-generation autonomous driving software at the Auto Guangzhou expo on Nov. 20, which appears to have driven substantial gains for the stock.

XPeng stock has dipped early in December's trading despite a strong monthly deliveries report published early in the month. The company's share price is down nearly 6% in the month so far. 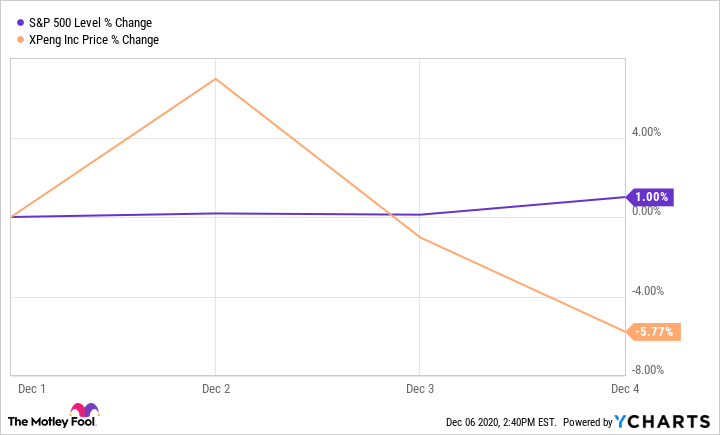 XPeng published vehicle delivery numbers on Dec. 1. The company revealed that it had shipped 4,224 vehicles in November, up 342% year over year. That brought the company's year-to-date deliveries to 21,341, an increase of 87% year over year. Despite the strong deliveries report, XPeng stock has moved lower this month amid a broader sell-off for foreign EV stocks driven (at least in part) by Hindenburg Research's skeptical note on Kandi Technologies.

XPeng has a market capitalization of roughly $35 billion.

Is XPeng a Smart EV Stock to Buy Now?