The biotech reported great news on Friday and Saturday for two of its cancer immunotherapy candidates.

Shares of Fate Therapeutics ( FATE -1.43% ) were skyrocketing 47.3% higher as of 11:43 a.m. EST on Monday. The huge jump came after the biotech announced positive interim data from an early-stage study of experimental cancer immunotherapy FT516 on Friday. Fate followed up with a presentation of an encouraging case study of a patient receiving another cancer immunotherapy, FT596, on Saturday at the American Society of Hematology (ASH) annual meeting.

As you might expect with the tremendous gains for the biotech stock today, Fate's news was very good. The company reported that a combination of FT516 with rituximab in treating relapsed and refractory B-cell lymphoma (a type of blood cancer) appeared to be both safe and effective in a phase 1 study.

The patients in this study were given FT516 in an outpatient setting. Fate said that the therapy was well tolerated and that no adverse events grade 3 (severe) or higher were reported. Three of the four patients achieved an objective response, which is a predetermined level of tumor shrinkage. Two of the patients achieved complete responses -- full cancer remission. 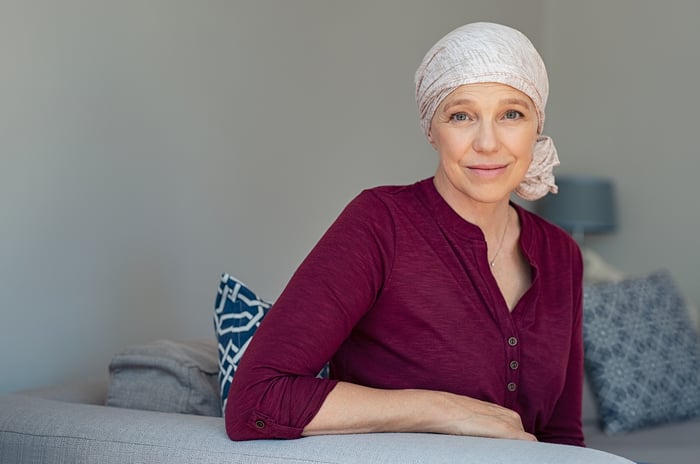 Fate's patient case presented at ASH on Saturday highlighted a 76-year-old female patient with diffuse large B-cell lymphoma (DLBCL) who had previously received seven other treatments. This patient was given a single dose of FT596 and achieved some tumor shrinkage. She was later given a second dose of the experimental immunotherapy, which caused the tumor to shrink even more.

Several companies are developing "off-the-shelf" cancer cell therapies that don't require a lengthy process where a patient's own blood must be used to modify immune cells to fight cancer. Fate's results for FT516 and FT596 are some of the most encouraging yet for the promising approach.

It's important to remember that these were only interim early-stage results. Fate still must complete its phase 1 studies of both FT516 and FT596. Assuming all goes well, it will then advance the experimental immunotherapies into phase 2 testing.