Most of us need stocks that will set us up for future financial security. Here are three portfolio candidates to consider.

Stocks that could set you up for life: It sounds like a pipe dream, and like something you might not want to bother learning about. But really, most of us do need stocks that could set us up for life. That's because few of us have substantial pensions to look forward to, and Social Security, while critical to most people's retirement, is not enough to support most folks comfortably.

The good news is that there are stocks that can set you up for life -- with a bit of a caveat thrown in. 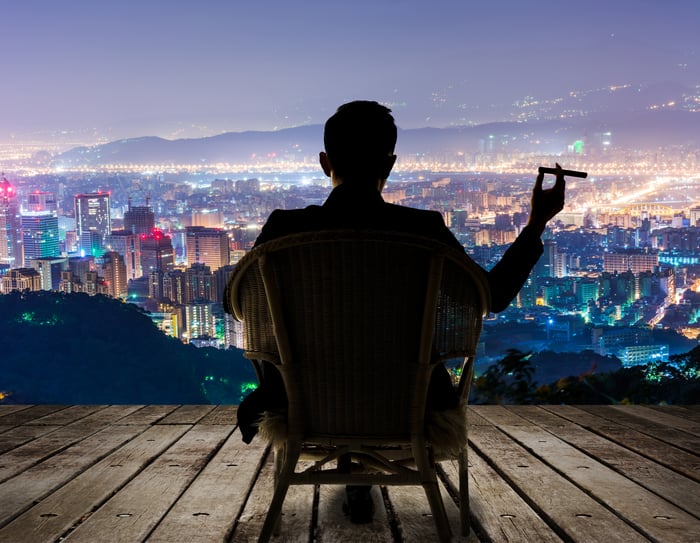 Stocks that could set you up for life

Believe it or not, you don't necessarily have to zero in on certain stocks that will deliver powerful growth. You could amass all you need simply via a low-fee, broad-market index fund. The overall stock market has grown by an average of close to 10% over long periods, though it might average significantly less (or more) over your particular time frame. So here's a look at how your portfolio might grow at 8% annually:

Pretty good, right? You could amass three-quarters of a million dollars over 20 years, for example. But what if you want to build your wealth faster? You have some options. You could plow more money into your portfolio each year, or you could aim for a higher average growth rate. That latter option could be achieved by skipping index funds and investing in carefully selected individual stocks -- but that can increase your risk, as you'll have your eggs in far fewer baskets. Alternatively, you might compromise -- perhaps keeping half (or some large portion) of your portfolio in index funds and allocating the rest to a handful of promising growth stocks.

Here, then, are three ideas to consider and to research further, if you're really interested in them:

Intuitive Surgical ( ISRG 1.67% ) may not be a familiar name to you, but it's dominant among companies facilitating robotic-assisted minimally invasive surgeries. Here are some things to know about it:

Intrigued? Consider that each system costs between about $500,000 and $2.5 million. That's an impressive investment that healthcare companies are making, which leaves them less likely to suddenly switch to another robotics company. Here are some reasons to be hopeful about Intuitive Surgical's growth potential:

The only knock against Intuitive Surgical is that its stock doesn't look like a screaming bargain right now. You might choose to watch it, waiting for a big pullback, or you might buy in via a small initial position. Or, you might decide, after researching the company, that it's worth buying a lot of today.

Teladoc Health ( TDOC -2.92% ), like Intuitive Surgical, is in the healthcare arena, and it's also a disruptor -- helping usher in a new age of telemedicine, featuring visits with your healthcare providers via video, among other offerings. The ongoing COVID-19 pandemic, unsurprisingly, has helped hasten the adoption of telemedicine, and per Teladoc's recent 3rd quarter earnings report, virtual doctor visits tripled in number, year over year, driving a doubling of revenue.

One driver of Teledoc's future growth is likely to be its newly acquired Livongo business. The companies' $18.5 billion merger closed in October, and it brings Livongo's app-based diabetes management program under Teladoc's roof. The Livongo business aims to grow by tackling additional health problems, such as high blood pressure, with its artificial-intelligence-heavy technology. In the meantime, the diabetes management business is clearly growing, with the number of people using the Livongo app doubling year over year in the last quarter, to more than 400,000.

Just as the pandemic has spurred Teladoc's business and projections of its growth trajectory, the fact that vaccines are on the way now to start getting the pandemic under control is viewed by some as a headwind. It may indeed lead to lots of patients going back to in-person doctor visits, but it will also leave many people more inclined than ever to opt for increasingly available televisits.

If you're bullish on telemedicine, give Teladoc Health a closer look. But understand that opinions about it are divided, with some seeing the stock as having gotten ahead of itself lately. 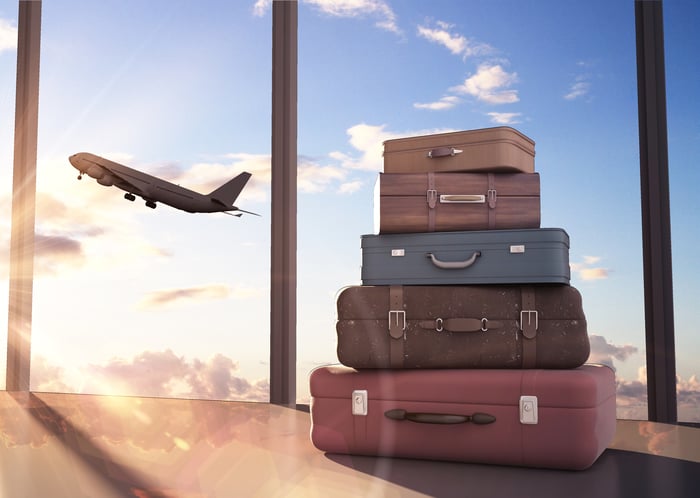 Like Teladoc Health, Booking Holdings ( BKNG 1.23% ) has also had its fortunes significantly affected by the ongoing pandemic. Its business revolves around travel, and far fewer people have been traveling this year than last. Thus, Booking Holdings took a big hit earlier this year -- though as vaccine-related optimism has spread lately, its stock has been rising. Here's some of what you might want to know about Booking Holdings:

There are reasons to be bullish about Bookings: For example, travel is likely to eventually return to "normal" levels, or at least close to it, and millions of people will be booking hotel rooms, flights, car rentals, and more through Booking.com. Restaurant dining will pick up, too, and OpenTable is a major player in the online reservation arena.

Rapid growth for decades isn't a sure thing, but the long-term future does look bright for Booking. Detractors worry about major hotel companies stealing market share via their own booking apps, for example. If you're bullish on online travel bookings and you're willing to keep an eye on a holding such as this, give Booking Holdings a closer look. There's a good case to be made that the current stock price is on the steep side, so you might want to wait for a lower price before jumping in -- or buy in in increments.

These are just three of many promising companies out there that could help set you up for life. If you're not yet sure about the ones above or any other ones, remember that just sticking with index funds is a very rational and effective way to invest in the stock market and build wealth over the long run.

Investing in These Stocks Could Make You a Millionaire Retiree

The Subtle Signal That the Bull Market Could Soon End