On January 2, shares of Trillium Therapeutics (NASDAQ:TRIL) sold for a little over $1. Now in December, those same shares sell for more than $15. What caused the stock to skyrocket so far, so fast? 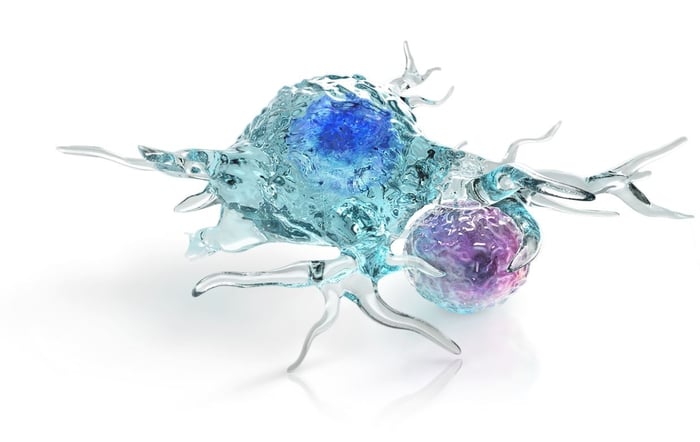 Back in March, Gilead Sciences acquired a biotech called Forty Seven for $4.9 billion. Forty-Seven was the first company to focus on shutting down the CD47 protein. The acquisition set off a wave of excitement about the biotechs working in this area. A company called ALX Oncology had an IPO, and the stock quickly doubled. But no company has thrived as much as Trillium.

The biotech has two cancer drugs in early trials, TTI-621 and TTI-622, targeting solid tumors and heme malignancies. What distinguishes Trillium's drugs is that they do not bind to healthy red blood cells (which also have the CD47 protein).

While it's very early, right now this molecule appears to be best-in-class as a monotherapy. And Trillium, with a $1.5 billion market cap, has plenty of room to run higher.