Electric vehicles have captured the imagination of people around the world. Investors want their piece of the fast-growing EV industry, and China's NIO (NYSE:NIO) has been a popular pick among those interested in its electric SUVs.

NIO's stock has responded favorably to the company's fundamental growth in SUV deliveries recently, posting huge gains as investors flood into the space. However, a new threat has emerged that could potentially jeopardize shareholders' ability to buy and sell NIO stock on the New York Stock Exchange. Below, we'll take a look at recent legislation that could lead to NIO's stock getting delisted from the NYSE and create big hassles for those who want to participate in the Chinese company's future growth. 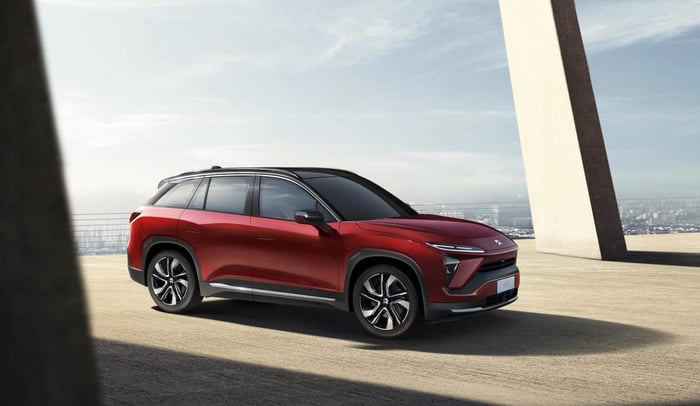 In a rare show of bipartisan support, the House of Representatives voted unanimously to pass the Holding Foreign Companies Accountable Act (HFCAA) on Dec. 2. With the move, the House joined the Senate, which had similarly passed the bill unanimously back in May. President Trump is expected to sign the bill into law.

On its face, the provisions of the law look dire for the hundreds of Chinese companies whose shares are currently listed on various U.S. stock exchanges. The law requires additional disclosure from Chinese companies, with the intent of ensuring that those companies are complying with U.S. accounting rules in overseeing their operations.

The most common situation that the law seeks to remedy is when a Chinese company uses a public accounting firm that is located outside the U.S. and isn't available for inspection or investigation by the U.S. Public Company Accounting Oversight Board. In that case, the Chinese company will have to demonstrate that it is not owned or controlled by a government entity within China.

If the PCAOB isn't able to inspect audit reports for three consecutive years, then the law would ban certain companies identified by the U.S. Securities and Exchange Commission from having securities listed on U.S. exchanges. In addition, any method of trading under SEC jurisdiction, including over-the-counter trading, would also potentially be prohibited. For Chinese companies, the HFCAA also requires disclosures of involvement among Chinese Communist Party members in business affairs.

The problem is that Chinese law generally prohibits local public accounting firms providing corporate audits from disclosing accounting-related documents to foreign regulators. For a company like NIO simply to comply with the law therefore isn't as easy as one might think.

Having shares delisted from the NYSE would be a serious blow for NIO shareholders. Many U.S. investors would be in a position in which they'd have to decide whether to sell before the delisting took effect or hold onto their stock. They'd still have an ownership interest in NIO, but they wouldn't easily be able to sell their shares or buy more stock without a U.S. listing.

However, it's highly likely that even with the law on the books, it'll take a long time before NIO or any other company would get delisted. Government agencies will likely have to develop regulations on how to implement the law, which is an extremely lengthy process. Even once regulators have those rules on the books and can establish noncompliance, a range of appeals and other recourse would likely be available to NIO to delay any further action.

Most importantly, NIO itself has given some positive comments about the law . Reports from multiple sources suggest that NIO believes that it is already in compliance with the HFCAA's provisions.

Keep your eyes on NIO

Given how far NIO's stock price has risen, it's understandable that investors would be worried about anything that could disrupt its past success. Yet nothing about the HFCAA changes the fact that the auto industry  has made a massive shift toward electric vehicles. As long as NIO can execute well on its business model, shareholders can afford to wait and see what happens on the regulatory front with the HFCAA.