There has been a growing interest in environmental, social, and governance (ESG) investing in recent years. Companies are focusing on environmental sustainability through recycling and more use of renewable energy on a path toward zero net emissions.

Many people likely think that the steel industry operates in a way that would be contradictory to those goals. But the largest recycler in North America -- of any material -- is leading steel company Nucor (NYSE:NUE). And the company is much further along with other sustainability initiatives than investors might realize. 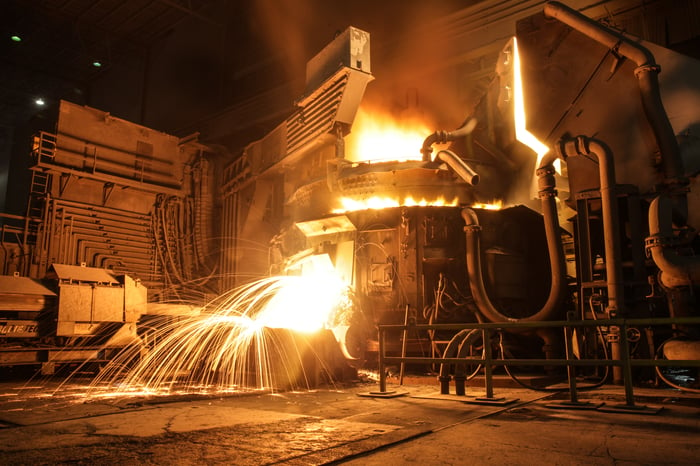 A force in renewable energy

Heavy manufacturing may seem like an unlikely area to have a leader in sustainability, but Nucor is in a unique position to drive the movement in renewable energy from several angles. It supplies materials used to build green energy infrastructure and supports the use of renewables through recycling and power agreements for its processes.

It similarly supplies various products to the solar industry, and the business is growing. Nucor said orders this year for products in the renewable sector have already exceeded the 2019 volume by 15% just through September 2020.

More than just a supplier

While supplying product to the burgeoning renewables industry is good for business, Nucor has also taken steps to lower its own carbon footprint. The company has a 10-year contract with Evergy (NYSE:EVRG), its energy provider in part of the Midwest, for a 55 megawatt (MW) allocation of energy from a new wind farm being built in Clark County, Kansas.

The Cimarron Bend wind farm is operated by Enel Green Power, a subsidiary of global energy company Enel. The wind farm is undergoing a $280 million expansion that will grow its generation capacity from 400 MW to 599 MW. Nucor has constructed a new rebar micro-mill in nearby Sedalia, Missouri, which will receive the contracted power. Nucor's participation will allow it to receive renewable energy credits to offset its carbon emissions. 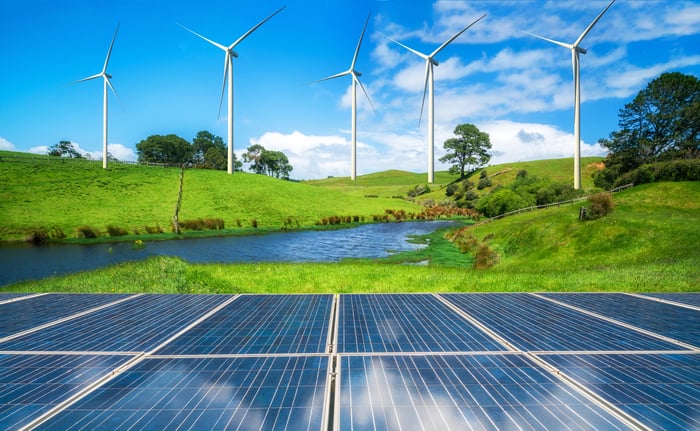 The company also recently announced the steel industry's largest virtual-power purchase agreement (VPPA) for solar power in Texas. The 15-year agreement with EDF Renewables North America (EDFR) for 250 MW of solar energy will allow EDFR to add the equivalent capacity of solar power to the Texas grid that could power 50,000 homes there. It is estimated that the solar project will begin delivering electricity in 2023.

In its recent third-quarter earnings call, Nucor CEO Leon Topalian was asked about a move toward "greener steel." He noted growing customer interest and emphasized that the "responsibility is something that Nucor takes incredibly seriously." He said that the company recycles more than 20 million tons of scrap annually and that 100% of its product is recyclable.

The company's commitment is exemplified by the fact that it has never laid off an employee (a notable achievement for such a cyclical industry) as well as its dividend payments. Nucor is a Dividend Aristocrat, having increased its base dividend every year for 48 years, and is two years away from being a Dividend King.

Investors may not have thought of a steelmaker as being dedicated to the ESG movement, but Nucor is demonstrating that it can be a force in renewable energy. And investors will benefit from a dividend that currently yields 2.85% as the company continues to do well by doing good.