Please ensure Javascript is enabled for purposes of website accessibility
Free Article Join Over 1 Million Premium Members And Get More In-Depth Stock Guidance and Research
By Dave Kovaleski - Dec 9, 2020 at 10:41AM

The nation's largest bank is also in the market for an acquisition.

The nation's largest bank, JPMorgan Chase ( JPM -0.59% ), announced a dividend $0.90 per share for the fourth quarter on Tuesday.

The dividend, payable on Jan. 31, 2021, is unchanged from the previous quarter. For the year, JPMorgan Chase is paying $3.60 per share in dividends. This is the 10th straight year that it has increased its dividend. 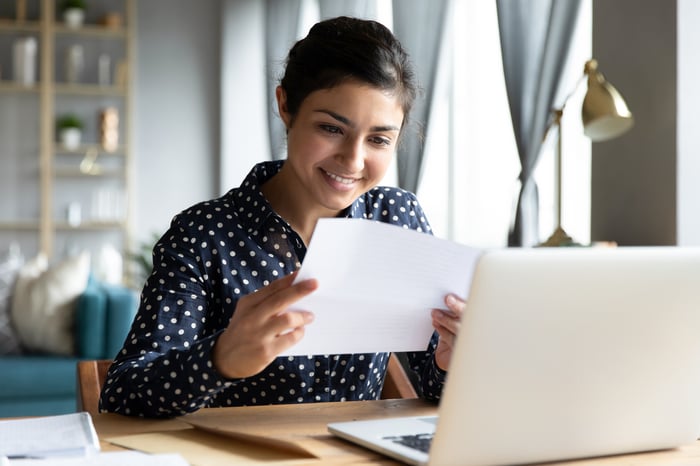 The stock price is down about 12% year to date, but it has outperformed its megabank peers. In the third quarter, revenue was flat, but net income was up 4% and earnings per share were up 9% year over year to $2.92. Also, its return on equity was robust 15% and its efficiency ratio was a solid 58% -- all good numbers in a tough environment for banks.

The company made news this week when its JPMorgan Chase Policy Center recommended that the federal government provide additional stimulus and expanded unemployment insurance for Americans, citing the economic hardships posed by sustained joblessness and dwindling savings.

Also, CEO Jamie Dimon made headlines at the Goldman Sachs U.S. Financial Services Conference Tuesday when he said that JPMorgan is open to acquiring an asset manager.

"We're open-minded. If you have brilliant ideas, give me a call. And if you're a competitor investment bank, and you bring the idea, you get the fee," Dimon said at the conference, according to Barron's and various other outlets.