Spend some time watching the street in front of your home and I can almost guarantee you an Amazon (NASDAQ:AMZN) delivery truck will pass by at some point. This gigantic e-commerce operation has become an integral part of life in the U.S., creating one of the few companies ever valued over $1 trillion.

Jumia Technologies (NYSE:JMIA) aspires to be the Amazon of Africa. Many investors are excited with digital-payments growth and e-commerce growth right now on the African continent and Jumia is positioning itself to seize the opportunity. But before you rush to invest, it should be pointed out that Jumia might not be the e-commerce company you think it is, at least not yet.

In fact, a single item accounts for the majority of the company's sales, highlighting just how far it needs to go before this little stock can earn proper Amazon comparisons. 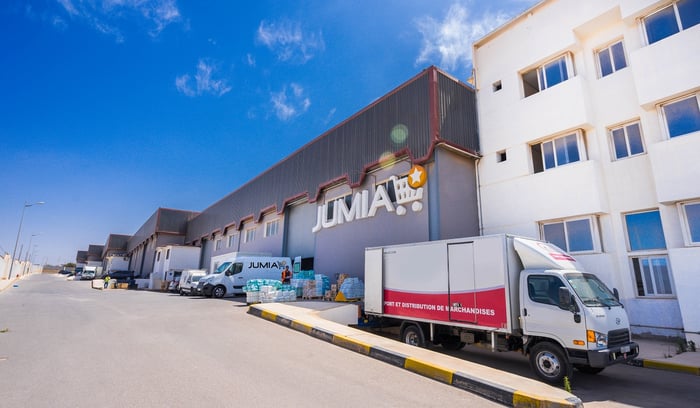 Gross merchandise volume (GMV) is different from sales. GMV accounts for everything on the final bill and doesn't account for discounts or returns. Until recently, more than half of Jumia's GMV came from smartphone sales. In the recent third quarter of 2020, smartphones were down to 43% of GMV. But that's still an outsized portion of this company's business focused on one product category.

On one hand, this is actually kind of cool. A smartphone is a device people rarely choose to go without once they get one. And it opens the door for mobile banking and online shopping -- the very consumer habits Jumia needs people to have for it to be a successful business. In a way, Jumia is selling the key that unlocks the door to its entire ecosystem.

On the other hand, Jumia still isn't being used on a daily basis and that needs to change. Buying a smartphone is a big purchase, but an infrequent one. And e-commerce giants around the world didn't deliver life-changing returns by simply securing one big purchase every few years. 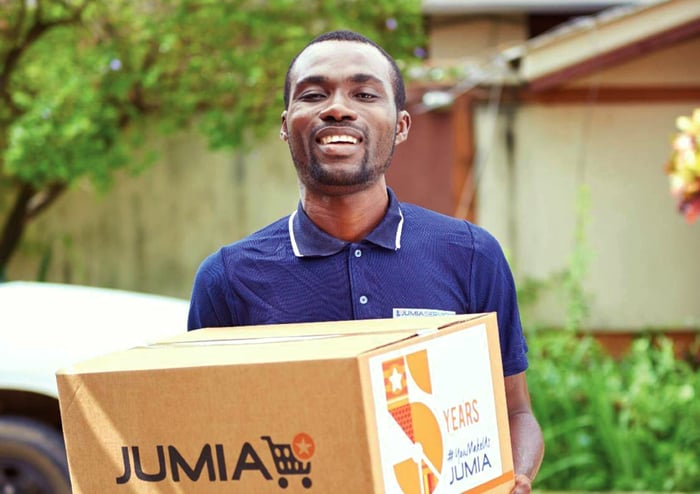 Jumia is often compared to regional e-commerce operations around the world. But many of these have already achieved mainstream adoption.

As already alluded, Amazon is used by millions as part of an ongoing shopping routine. The same could be said for Alibaba (NYSE:BABA) in China. Just for some perspective, there are 881 million monthly active users for Alibaba's mobile retail business as of September (defined as unique visitors to their sites, not necessarily someone who purchased something). While both Amazon and Alibaba generate revenue in other ways (like with their lucrative cloud businesses), each has become part of a regular shopping habit for the audiences they serve.

By contrast, Jumia measures its user base in annual terms -- people who've placed at least one order on its website in the last 12 months. Right now it has just 6.7 million annual users.

Similar to Jumia, MercadoLibre (NASDAQ:MELI) is actually still early on its path toward mainstream adoption, but it's reaching an inflection point. In its third quarter, fintech solutions provided 35% of the company's overall revenue, differentiating it from Amazon in that regard. And until recently, fintech was growing much faster than marketplace e-commerce. But the pandemic changed that. MercadoLibre's e-commerce net revenue surged 181% year over year in Q3.

Here's why MercadoLibre's investors should love this growth. Much of the growth came from repeatable, everyday categories. For example, sales of consumer packaged goods (CPG) in Brazil were up 181% year over year. Other countries have also provided the company with triple-digit growth in CPG during the pandemic. A few years from now, we may look back and see this was the tipping point for mass adoption of everyday e-commerce in Latin America. 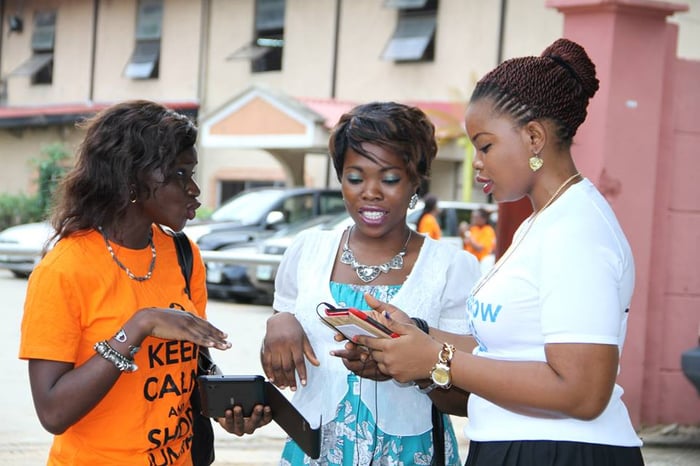 Jumia's reliance on marketplace sales, and specifically phones, is where the company is today, not necessarily where it will be tomorrow. But it's something investors should know so that they can better measure true progress.

When you think about a regular purchase vs. a one-time purchase, the one-time item will likely cost more. Therefore, it's possible for Jumia's top-line to be lackluster while actually making good progress. And indeed, that's true of the company's third-quarter earnings. In Q3, sales segments like food delivery orders and non-phone physical goods grew 48% and 15%, respectively. Nevertheless, GMV was down for the company because these things cost less. Since mainstream adoption is the goal for Jumia, I see increased orders as a win even though the top-line numbers were down.

Finally, Jumia needs to work on growing its user base, providing more daily needs products, and solving the logistical issues (lack of addresses, lack of financial services, etc.) that make Africa a challenging place to operate. If it can do these things, perhaps one day it can live up to its Amazon comparisons and be a stock worthy of recommendation.