That's according to Citi analyst Jason Bazinet. On Wednesday, Bazinet raised his 12-month price target on Roku's stock from $220 to $375 -- the highest among his Wall Street peers. His new target represents potential gains for investors of roughly 22% over the stock's closing price on Tuesday of about $306. 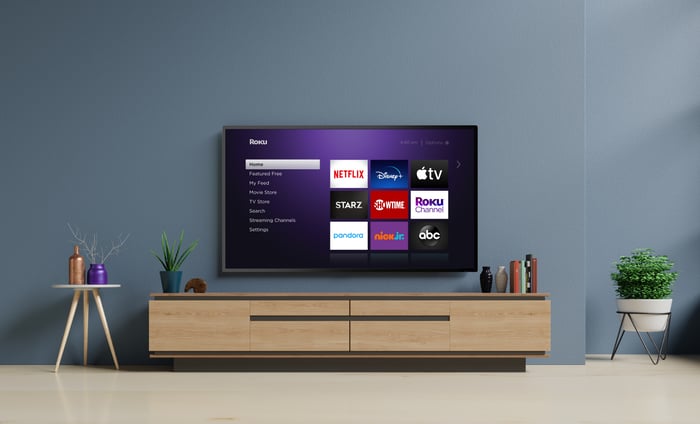 Bazinet cited several catalysts that he expects will drive Roku's stock higher in the coming year. The streaming agreement Roku reached with Discovery to distribute its streaming service Discovery+, as well as an expected deal to carry AT&T's HBO Max will result in further upside for the stock. The analyst also believes that Roku's international expansion will continue to gain traction.

Roku's stock has already gained 380% from its March lows, which Bazinet acknowledges. He notes that blessing Roku with the highest price target of all of Wall Street analysts "gives us some pause."

The evidence suggests that Bazinet may be underselling the potential. Roku's revenue in the third quarter grew 73% year over year, driven primarily by platform revenue that surged 78%. This is Roku's most profitable segment, consisting of advertising, the Roku Channel, and licensing of the Roku operating system to manufacturers of connected TVs.

The streaming technology company's strong and engaged user base continues to accelerate, as Roku's active accounts climbed to 46 million, an increase of 43%, while streaming hours on its platform jumped 54% to 14.87 billion.

Given the impressive gains in these key metrics, the potential for Roku shares to climb significantly from here is not only possible, but likely. In fact, an increase of 22% over the coming year may well prove to be conservative.