Nike (NYSE:NKE) is a well-established company that is known for its stable of superstars wearing its products. Meanwhile, Under Armour (NYSE:UA) (NYSE:UAA) hit the ground running after starting in 1996 with an innovative moisture-wicking fabric shirt that kept athletes cool and dry.

Nike has continued to move ahead, while Under Armour has taken a step back in the race. But since this is a marathon, not a sprint, which company will come out the winner? 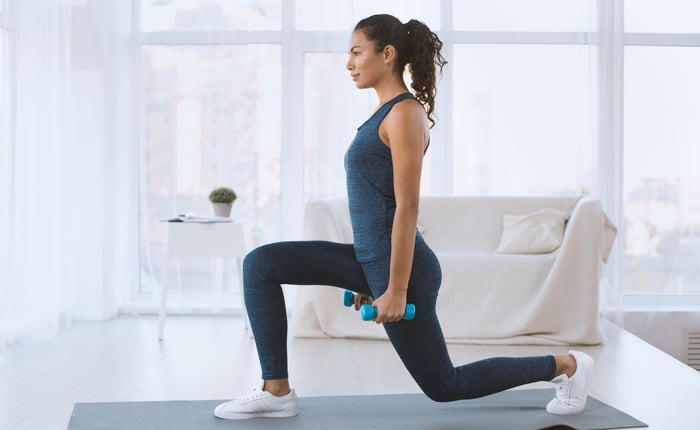 Nike's roots go back more than five decades, and it has become a powerhouse in athletic footwear and apparel. It constantly puts out new products, including on its NIKE NEXT% platform.

It also has vast resources to pour into marketing, including sponsoring events, and a slew of prominent athletes, coaches, and teams endorsing the company's products. This allows Nike to get its brand out there in the public eye, which is hard for competitors to duplicate.

Unfortunately, COVID-19 caused many retailers to shut their doors, which affected Nike's results last year. In its fiscal fourth quarter, which ended on May 31, revenue excluding foreign currency exchange translations dropped by 36% versus a year ago to $6.3 billion.

On the bright side, adjusted digital sales increased by 79%, showing customers still wanted Nike's products. This was further demonstrated in the first quarter. Adjusted revenue was flat as stores reopened to customers, but the pandemic cut into the top line as retailers put in place safety measures such as social distancing and reduced hours.

Nike showed its confidence in the future when the board of directors increased the company's dividend by 12%. The yield is 0.8%, which isn't that high compared to certain other dividend-paying companies. But, with 19 straight years of increases, raising the payments is obviously one of Nike's main priorities.

Can Under Armour rebound?

After its inaugural shirt, Under Armour expanded its product line into apparel that keeps you cool or hot, depending on the temperature. It also moved into other areas like footwear.

Athletes and those with an active lifestyle were attracted to Under Armour's products. Unfortunately, the competition caught up as Nike and others jumped into the fray. As rivals started offering competing products, Under Armour's revenue growth slowed down markedly starting in 2017. In 2016, top-line growth was 22%, and it was only 1% higher in 2019.

The pandemic hurt Under Armour's results this year, helping push first-half revenue down year over year. But third-quarter revenue didn't change from a year ago. While it is hard to get too excited by this, it is better than the revenue drop Under Armour had been experiencing. Still, the company discounted some merchandise to help it move off the shelves, which hurt its margin.

Since it's facing strong competition, it's unclear if Under Armour can create innovative products that people want. In the meantime, the U.S. Department of Justice and Securities and Exchange Commission continues to investigate whether the company improperly shifted sales into other periods to make results look better. Certainly, the agencies may find no wrongdoing. But I wouldn't invest until you know more about the matter.

On the flip side, Nike has managed to stay at the top of the game for a very long time. Since it's constantly innovating and launching new products, there's no reason for anyone to think that won't remain the case.

In the battle between the two apparel companies, Nike easily wins.