Costco has been in the news for positive things it has done.

Costco Wholesale ( COST 0.65% ) has people buzzing lately, for a few reasons. Earlier this month, investors showed their dismay after the company reported quarterly sales results, and the stock was down more than 3% for the month. While their concerns centered on decelerating sales growth in November, it is hard to argue that the month's 14.6% same-store sales (comps) increase after excluding gasoline prices and foreign exchange translations is disappointing.

With other news going on, there is a lot investors are talking about regarding Costco right now. It's time to join the conversation and figure out what all of it means. 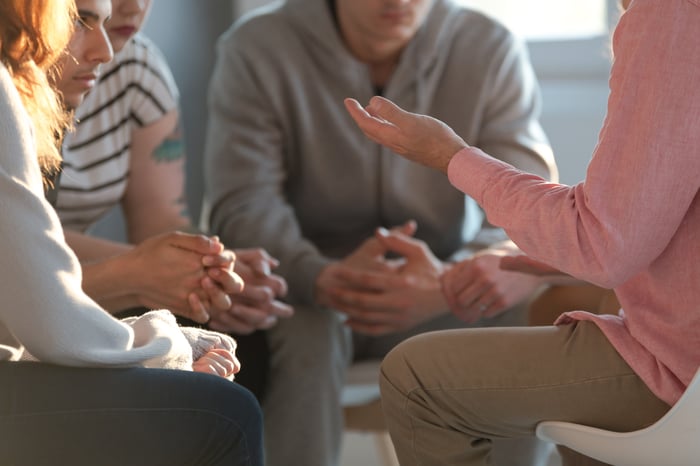 When Costco reported results in December, investors clearly got over their sense that sales growth was slowing. Aside from the fiscal first quarter's strong 17.1% comps increase, the period's operating income jumped up by 35% versus a year ago to $1.4 billion. This was for the period that ended on Nov. 22.

Still, this never gets old, and the recent quarterly results certainly put a smile on investors' faces, helping boost the share price. But there was more good news.

Costco has raised its regular dividend annually for years. So, I understand if your reaction was ho-hum when the board of directors decided to increase the company's quarterly payment by 8% to $0.70 earlier this year.

But, the company also has paid large special dividends every few years. This includes its recent decision to make an additional $10 payout to shareholders.

Before this outsized dividend, the company last made a special payment in 2017. While shareholders can't count on these special payments, they are a nice bonus that Costco has given.

Costco has remained open during the pandemic, which helped last year's results since other retailers closed to the public. But that is not the only reason it generated solid sales and earnings growth.

Its warehouses offer its members an array of goods and services at low prices. This includes basic items like paper products and food that have done well during the pandemic, but also appliances, electronics, and apparel -- you name it, Costco likely sells it. The company has built a strong reputation for its high-quality offerings and generous return policy.

When a company does this well for an extended period of time, people talk about it for the right reasons. After all, there aren't many retailers that have produced annual comps raises for years. With its focus on quality and value, there's no reason people won't keep talking about Costco and how well it's doing for a long time.