AST & Science, a company trying to deliver broadband-speed internet to smartphones without any additional equipment, is jumping on the SPAC train, agreeing to a deal with special purpose acquisition company New Providence Acquisition (NASDAQ:NPA) that would take the company public.

AST is developing a constellation of satellites it calls SpaceMobile that it says will allow terrestrial phones to access 5G broadband speeds. There are a number of existing services that offer high-speed internet from space, including Iridium and SpaceX's Starlink service, but all existing options require special satellite phones or expensive base stations to access the networks. 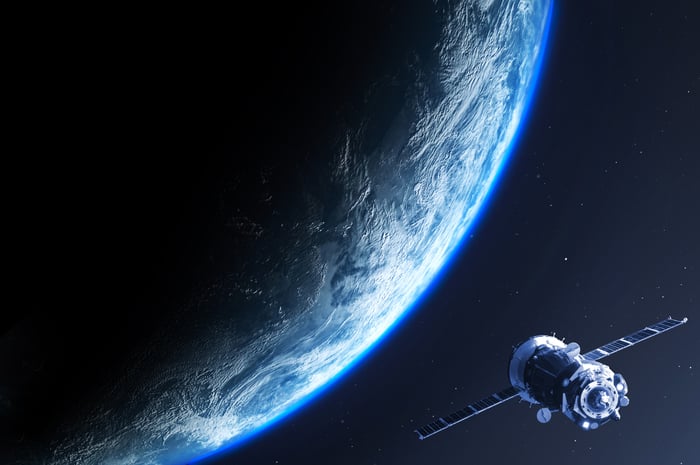 Abel Avellan, the CEO of AST, issued this statement: "Universal broadband access has become a global necessity, and we are uniquely positioned to leverage our innovative technology solution and efficient business model to democratize broadband cellular access across the globe. Building on the strong investor support we have received in the private markets, we are thrilled to partner with New Providence and transition AST SpaceMobile to a public company, which will solidify our financial profile as we continue to execute on our vision."

The company was founded in 2017 and has raised about $100 million in start-up capital. AST has one test satellite in orbit today, and plans to begin commercial launches in 2022 hoping to have its operations up and running by 2023.

Terms of the deal call for AST to merge with New Providence, with the combination also securing $230 million in a private placement investment. Post-merger, the combination, which will keep the AST name and trade under the ticker ASTS, will have an equity value of $1.8 billion and about $540 million in total capital. That's enough to build and launch its first round of satellites and develop its ground infrastructure.

AST's existing shareholders, a group that includes Vodafone (NASDAQ:VOD) and American Tower (NYSE:AMT), will increase their equity holdings as part of the transaction.

AST is the third space-focused company to go public via a SPAC merger in the last year, joining Virgin Galactic Holdings and Momentus, which has a deal in place to merge with Stable Road Capital.