Please ensure Javascript is enabled for purposes of website accessibility
Free Article Join Over 1 Million Premium Members And Get More In-Depth Stock Guidance and Research
By Dave Kovaleski - Dec 18, 2020 at 8:00AM

When the coronavirus pandemic hit last winter, an entire class of investments emerged: stay-at-home stocks. Almost a year later, we are still dealing with the devastating effects of the pandemic. While vaccines are beginning to be rolled out, the winter months are going to be particularly difficult for many people and businesses.

For investors, the focus on stay-at-home stocks remains, given the types of long-term shifts the pandemic has accelerated. Two stay-at-home stocks in particular are trading under $10 per share and worth considering, not just for now, but for the long term. They are money transfer company MoneyGram International ( MGI 7.94% ) and mobile video game provider Zynga ( ZNGA 0.16% ). 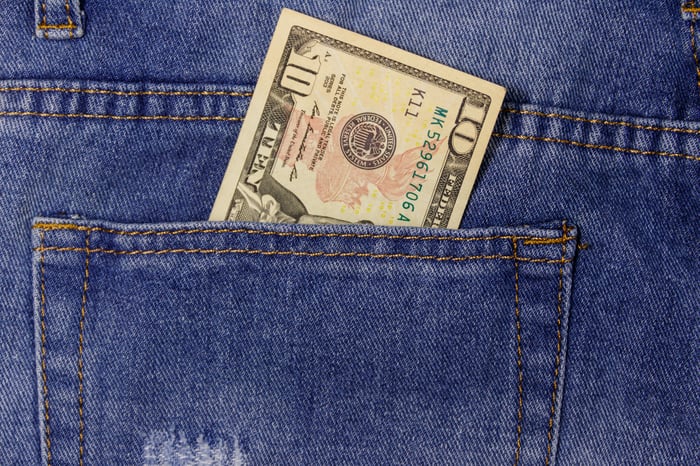 MoneyGram retools for the new age of money transfer

Remember MoneyGram? That's the company that allowed people to send and receive money the old-fashioned way, before Square, PayPal, and other digital payment companies came along and changed the industry. While slow to respond to the new digital age initially, MoneyGram has been quietly transforming over the past few years to ramp up its digital capabilities.

The investment has begun to pay off as MoneyGram has enjoyed strong growth in its digital channel, MoneyGram Online. In the third quarter, the online channel, which allows people to send and receive money online and through a mobile app, had 111% growth in the number of transactions and 114% growth in revenue. Cross-border online transactions were up 176% year over year, while revenue was up 174%.

Overall, revenue was up 1% year over year to $323 million, and net income climbed to $10.9 million, up from a $7.7 million net loss a year ago. Consumer demand has grown due to the pandemic, as more people are practicing social distancing and using online and mobile payments. But MoneyGram, unlike some of the start-ups in this competitive space, already has name recognition and relationships in place around the globe. That brand awareness and infrastructure has also helped spur its growth. The global growth is evident from its huge gains in cross-border transactions. The financials have improved, too, as EBITDA (earnings before interest, taxes, depreciation, and amortization) is up 21% to $66 million and free cash flow jumped to $25.4 million from $9.3 million a year ago.

MoneyGram's stock price has spiked 243% year to date on this rapid growth and was trading at $7.21 per share as of Thursday's close. That type of growth is surely not sustainable in the near term, but steady revenue and earnings growth is expected. As a long-term investment, MoneyGram is definitely a stock to watch. It could be volatile in the short term as the run-up has it overvalued. But long term -- spurred by the larger cashless trend, which has been accelerated by the pandemic -- it should be primed for solid growth.

There's a lot to like about mobile video game company Zynga, and not just because people are stuck at home playing more games on their phones. The stock has been a stellar performer this year, up 57% year to date, trading at $9.61 per share as of Thursday's close. The company -- whose popular games include Words with Friends, Merge Magic!, CSR2, Harry Potter Puzzles & Spells, and Empires & Puzzles, to name a few -- enjoyed record revenue and bookings in the third quarter. Revenue was up 46% to $503 million year over year, and bookings, the amount of products and services sold, was up 59% to $628 million.

The pandemic was a big factor in the initial spike in users in the second quarter and over the summer, CEO Frank Gibeau explained on the third-quarter conference call. But the company has found that those users are staying as engagement and retention rates remain high, which explains the higher-than-expected revenue.

The company had a net loss in the quarter of $122 million due to deferred revenue of initial bookings from Toon Blast and Toy Blast, which is consistent for newly acquired games. It was also related to expenses from the acquisitions of video game maker Peak, which makes Toon Blast and Toy Blast, and Rollic, an Istanbul-based developer of hyper-casual games, which are simple, tap-to-play games that are booming in popularity. Zynga bought Rollic for $168 million in cash.

Zynga has made several purchases in the last few years, and all of them are primarily cash deals, with very little financing or debt involved. Even with the acquisitions, Zynga maintains a strong cash position with $738 million in cash and equivalents at the end of the quarter. That will grow, as the company had a record $113 million in operating cash flow in the quarter, up 65% year over year. Combined with the continuing growth of its franchise games and its robust pipeline of new games, the acquisitions have the potential to significantly expand Zynga's users and profitability for years to come.

Of these two stay-at-home stocks, Zynga is the better buy right now. But keep an eye on MoneyGram over the next few quarters, as it has excellent long-term potential.

China May Hate Bitcoin, but the Digital Gold Still Has Its Lovers

1 Legacy of One of the Biggest Financial Swindlers