Shares of Scholastic Corporation (NASDAQ:SCHL) are crashing in early morning trading Friday, down 13% as of 10 a.m. EST after the children's book publisher missed earnings in its second-quarter 2021 earnings report released yesterday.

Analysts had forecast that Scholastic would earn a $1.38 per share adjusted profit on sales of $528 million, but as it turned out Scholastic earned only $1.15, and sales were just $406.2 million. 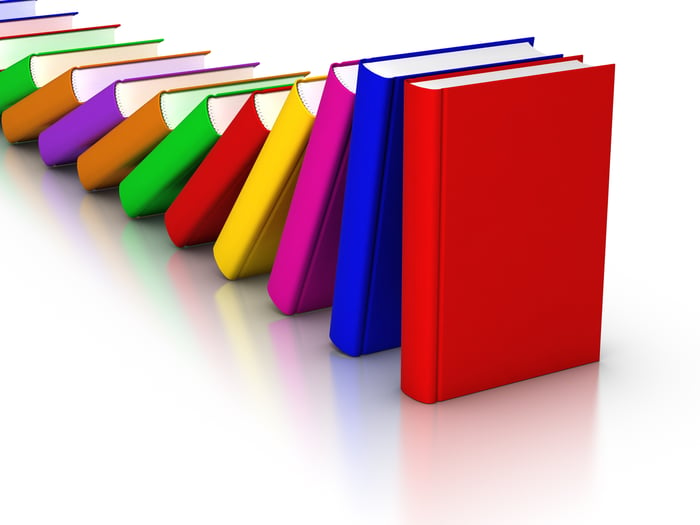 It gets worse. Scholastic's lower-than-expected sales work out to a 32% year-over-year decline, and an accelerating slide in sales, too, because sales year to date were down only 25%. Moreover, the profits number cited above, which analysts focus on, is only a pro forma number. When calculated according to generally accepted accounting principles (GAAP), Scholastic actually earned only $1.02 per share, which was barely half the $2.02 per share, GAAP, that it earned in the year ago quarter.

Year to date, that leaves Scholastic operating at a loss, with net income of negative $0.14 for the first six months of the fiscal year.

Scholastic's primary problem is easy to identify. CEO Richard Robinson noted "only one-third of all schools [are] open for in-person learning" because of the pandemic, and even those schools that are open probably aren't doing brisk business at their school book fairs -- which Robinson said was "predominantly" to blame for Scholastic's steep revenue decline.

Granted, this makes fixing the problem just as obvious -- open the schools back up -- and Scholastic is looking forward to the day that happens, "setting the stage for higher levels of engagement and providing motivation for schools to host in-person book fairs and increase their purchases of classroom book collections and other instructional resources." But because there can be no certainty when that will happen as the pandemic rages on, Scholastic declined to give any revenue or earnings guidance for the rest of this year.