In November, Biogen (NASDAQ:BIIB) agreed to pay Sage Therapeutics (NASDAQ:SAGE) $1.5 billion for rights to its depression drug zuranolone and an early-stage candidate treatment for tremors. It's an interesting deal because both companies have suffered high-profile failures in the past year.

In December 2019, Sage revealed phase 3 clinical trial data showing that zuranolone did no better than a placebo as a treatment for major depressive disorder (MDD). And last month, an advisory panel recommended against approval of Biogen's candidate Alzheimer's drug.

It's obvious why Biogen is interested in the work being done at Sage. Biogen has long been a leader in neurological and neurodegenerative disorders, and Sage's programs are focused on the brain and nervous system. While the deal gives Biogen some rights to zuranolone and SAGE-324 -- a potential treatment for tremors and other neurological disorders -- it keeps both companies independent, so any success or failure will be shared. 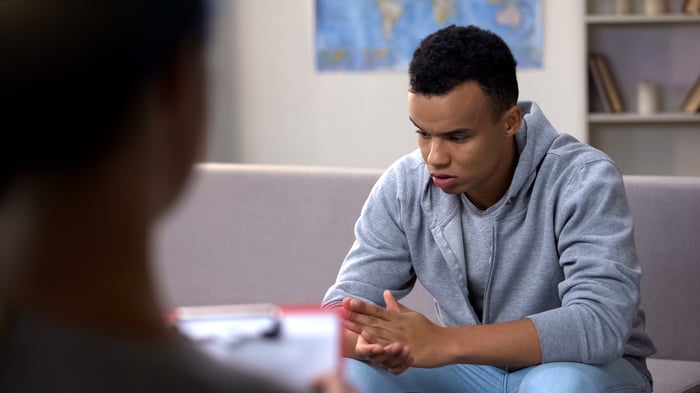 The focus of the agreement is on the development of zuranolone, and the three phase 3 studies that are expected to read out in the first half of 2021. So far, so good -- early indications are in line with previous trials of the drug.

The other part of the deal is for a potential treatment for a disorder known as essential tremor. Management's bet is that a treatment for the neurological condition, which causes uncontrolled rhythmic shaking, could also be useful in patients with Parkinson's and epilepsy. SAGE-324 is currently in phase 2 trials.

An offer that couldn't be refused

For Sage, opportunities beyond this deal are limited. The company expects minimal revenue from its drug Zulresso despite its 2019 approval. The drug was the first approved treatment for postpartum depression, but requires a continuous infusion over two and a half days. Only patients with the most severe cases are willing to endure that for relief.

Shepherding drug candidates through clinical trials is expensive, and failures can be financially devastating. In the press release accompanying its third-quarter earnings report, Sage's management predicted key milestones over the next 12 to 18 months.

That same report showed the company with $670 million of cash and securities on the balance sheet after it burned through $378 million over the previous nine months. Doing the math, the company at that point had about 21 months of cash left. That might have been too close for comfort, betting the company's future solely on the results of the zuranolone trials, despite the fact that it has other assets with potential value.

Biogen is paying $875 million up front and making a $650 million equity investment in Sage at a 40% premium to where the stock was trading prior to the announcement. Biogen is also on the hook for up to $1.6 billion in milestone payments. That offer may have been too good to turn down for Sage as a hedge against a potentially negative outcome in the ongoing zuranolone trials.

Weighing the benefits and risks

The Biogen investment may have come with some strings. In October, Barry Greene joined the Sage board after spending the previous 17 years as president and one-time chief operating officer of Alnylam Pharmaceuticals. It took less than three months for Greene to jump into the CEO role, with the previous CEO Jeff Jonas shifting to the newly created position of chief innovation officer.

Should investors follow Biogen's lead and buy shares in Sage? Those who do would get them at a comparative discount. Biogen paid $104 a share for its stake while the stock currently trades at $72.

The answer probably depends on what Biogen has in mind and the likelihood that zuranolone can clear the ongoing phase 3 trials for MDD. The trials are evaluating a higher dose of the drug, one that seemed to produce quick results in the failed study. The failure occurred because those benefits faded by the end of the 15-day evaluation period.

At best, Sage shareholders will own 50% of a successful depression drug in the U.S. At worst, zuranolone fails again and the company has enough cash to continue developing other pipeline candidates. Although the deal made sense for both companies, gaining exposure to multiple drug candidates without taking on the risk of an acquisition looks particularly smart for Biogen. Sage stock may jump if positive results arrive, but shares of Biogen seem to have the better benefit-to-risk ratio, given all possible outcomes.