As of noon EST, Luminar's shares were up about 22.5% from Friday's closing price.

Luminar's stock price took a dive last Tuesday after a Reuters report suggested that key partner Mobileye might develop its own lidar units in-house, for use starting in 2025.

The stock recovered somewhat after the two companies released a statement on Wednesday explaining that they're still doing business together, with no plans to change that for at least several years. But it wasn't until Wall Street weighed in that investors felt comfortable diving back into the stock. 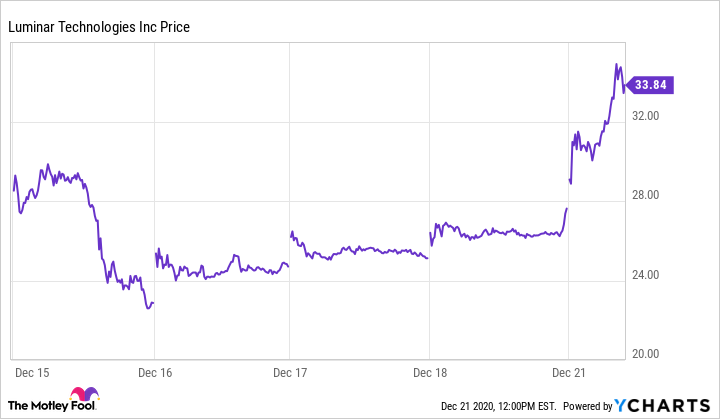 First, on Wednesday, Northland analyst Gus Richard upgraded Luminar to outperform from market perform, with an unchanged price target of $41. Simply put, Richard said that if Mobileye actually had a lidar system in development to use starting in 2025, it probably wouldn't have signed its contract with Luminar last month. 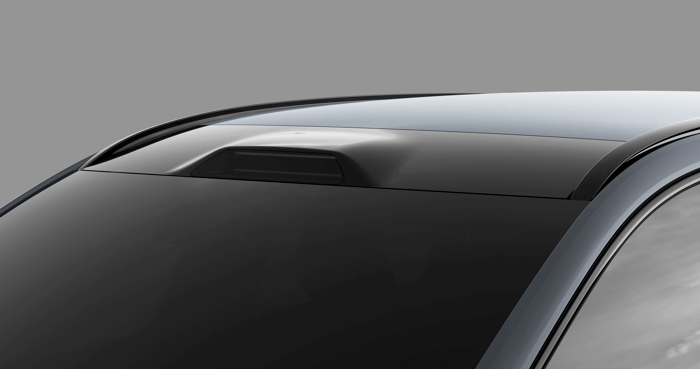 Unlike units from some prominent rivals, Luminar's lidar sensors were designed from the start for automotive applications, as seen on this Volvo. Image source: Luminar Technologies.

Richard wasn't the only analyst with a positive take on Luminar following the Tuesday sell-off. In a note on Friday, Deutsche Bank analyst Emmanuel Rosner initiated coverage of Luminar with a buy rating and a price target of $37. He thinks Luminar offers auto investors a way to invest in the coming adoption of self-driving vehicles at a relatively attractive price.

Rosner thinks Luminar is well-positioned to become a leader in the vehicle lidar market, which could be a $40 billion market by 2030.

A decade is a long time in a fast-moving technology space, but given the entrants and the state of play in the automotive lidar space right now, I think Luminar is a pretty good bet -- and given today's price action, I'm not the only one who thinks so.