Please ensure Javascript is enabled for purposes of website accessibility
Free Article Join Over 1 Million Premium Members And Get More In-Depth Stock Guidance and Research
By Adria Cimino - Dec 22, 2020 at 6:48AM

They are at a critical point. What happens next could push them higher, or result in a big loss.

Is it a good idea to keep betting on a winner? That question may have crossed our minds as we look at Novavax ( NVAX -0.60% ) and Vaxart ( VXRT 3.31% ). Shares of these coronavirus vaccine developers soared more than 3,000% and 2,000%, respectively, this year. That makes them the top two performers in the U.S. stock market this year -- all industries and market capitalizations included.

It's tempting to buy or hold these shares because they have momentum. Their coronavirus vaccine programs are on investors' radar screens. And these programs have made progress. This fall, Novavax's vaccine candidate entered phase 3 trials, and Vaxart's entered phase 1. But there's also reason to be wary of stocks that have appreciated so much. Potential positive news may already be priced in at the current share price. So, should we be worried about investing in Novavax and Vaxart at this point? Or should we be more confident than ever? Let's take a closer look. 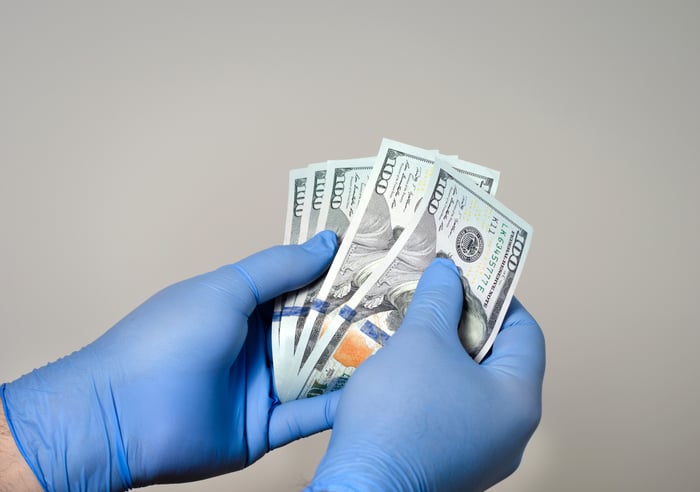 Novavax entered the vaccine race this spring, around the same time as other leaders such as Moderna and Pfizer. Operation Warp Speed, the government's effort to shepherd a vaccine to market by January, offered Novavax $1.6 billion in early July. At the time, that was the initiative's biggest award to a company yet.

Over the past several months, Novavax not only continued vaccine development but also worked on capacity. The biotech company is prepared to produce more than 2 billion doses annually by mid-2021. That's more than Moderna and Pfizer. In fact, Novavax's capacity is only second to that of AstraZeneca ( AZN 0.68% ). This British rival aims to produce about three billion doses.

As for development, Novavax expects to generate interim phase 3 data (a program with more than 15,000 enrollments) by early first quarter of 2021. If the outcome of phase 3 clinical trials is positive, the company will request emergency authorizations in various countries. Novavax will also continue phase 3 studies to support full approval later in the year.

In 2021, actual product revenue and market share will determine whether Novavax's gains will continue. So far, trial results have been encouraging. And the company has garnered orders for at least 286 million doses of the vaccine globally. Those are reasons to be optimistic.

Vaxart isn't a leader in the vaccine race from a timeline perspective. The company recently completed dosing its first human subject. And it expects initial data from that trial in the coming weeks. If all goes smoothly and Vaxart follows in the footsteps of its larger, more advanced rivals, the company could apply for emergency use in the second half of 2021.

Why is there so much excitement for a vaccine that's, at best, months behind rivals? It has to do with vaccine delivery. Vaxart's product is an orally administered tablet that's stable at room temperature. In other words, it makes it easier to administer, transport, and store millions of doses. And that's a clear advantage over traditional vaccines. Pfizer's recently authorized vaccine, for example, requires ultra-low temperatures that will make widespread use a challenge.

Since Vaxart's program still is in very early human testing, I expect the next catalyst to be trial data reports. We still don't know if the company's technology is safe and effective clinically. If early trial results are strong, it's very likely the stock will appreciate further. However, a failure at this stage could crush the shares -- potentially sending them back to their less-than-$1 levels of 2019.

Novavax and Vaxart are unlikely to surge as much in 2021 as they did in 2020. There was a lot of excitement around the coronavirus vaccine development earlier this year. Investors placed big bets on potential winners, yet without much information whether their programs would be successful. Some of that excitement has since waned. Competition has multiplied, and investors are now looking for more concrete elements, such as how much revenue companies could potentially generate. In other words, their success now depends on the outcome of their respective clinical trials.

Still, the coronavirus vaccine story of Novavax and Vaxart isn't over. Positive clinical trial data and potential regulatory authorizations mean there is room for further gains, while a failure could result in a big climb-down in share prices. Investors in these biotech stocks should keep a close eye on every news at this critical stage.