Canopy Growth (NASDAQ:CGC) had a bit of a roller coaster ride in 2020, but now appears more stable. The company made significant progress last year in growing revenue, cutting costs, and launching new cannabis derivatives while keeping its balance sheet strong. Here's why you should invest in this pot stock in 2021 and hold it patiently.

The most important thing for any company in an evolving industry like marijuana is to secure capital. And Canopy successfully did that by partnering with U.S. beverage giant Constellation Brands (NYSE:STZ) in October 2017, with the latter investing $245 million Canadian dollars ($191 million) in the marijuana company. This strong financial backing has allowed Canopy to survive turbulent times while planning its future.

And despite having cash on hand, Canopy isn't backing away from cutting costs. The credit goes to CEO David Klein, who took over in January. As a CFO for Constellation before joining Canopy, Klein has some experience in running a tight ship. He has done some aggressive cost-cutting since April, including closing some unproductive facilities in December. 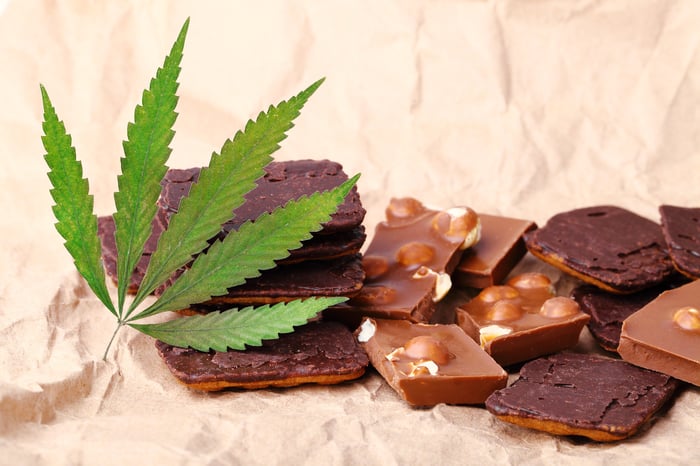 A strong balance sheet allowed Canopy to launch a variety of cannabis derivatives last year, including vapes, edibles, and beverages.

Its cannabis beverages in particular are garnering positive reviews. With the help of Constellation and U.S. based hemp company Acreage Holdings, which Canopy plans to acquire, the company can more easily capture the U.S. beverage market (it already has 70% of the Canadian market, according to management). And it has strengthened its position in the medical cannabis segment.

So far in 2020, Canopy's stock has surged 23%, while Aurora Cannabis sunk 66%. The industry benchmark, the Horizons Marijuana Life Sciences ETF, has lost 3.4%. 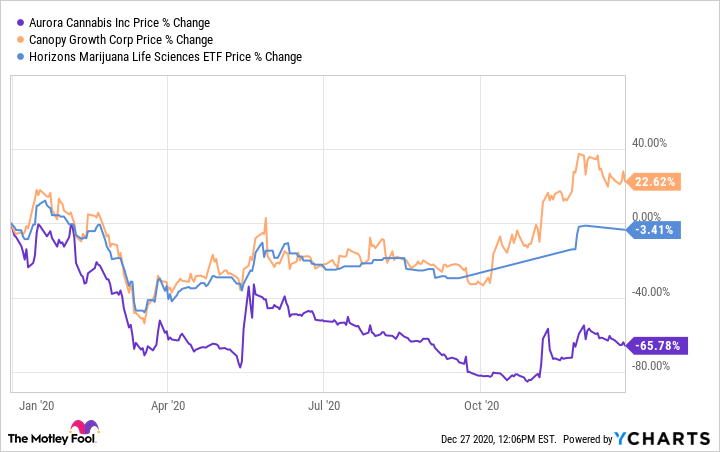