If you're pursuing the "Financial Independence, Retire Early" (FIRE) lifestyle, people may assume you're aiming to be a 30-year-old retiree. And perhaps you are seeking to leave the workforce decades ahead of your peers. Or, like plenty of FIRE seekers, you may be more focused on the financial independence aspect -- putting your money to work so you can get by on the income from your investments, giving you the freedom to live and work on your own terms.

Regardless of your goals, if you're chasing FIRE, you pretty much have to do three things:

Here are three index funds that fit the bill for any FIRE strategy. 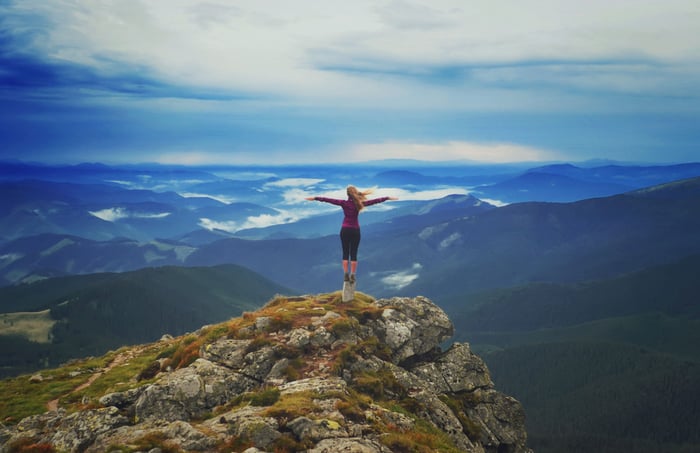 The Fidelity ZERO Large-Cap Index Fund (NASDAQMUTFUND:FNILX) is basically an S&P 500 index fund by another name. Officially, its benchmark index is the Fidelity U.S. Large Cap Index. That happens to include almost all the same stocks as the S&P 500 index. But by not advertising it as an S&P 500 index fund, Fidelity avoids licensing costs, so it can offer the ETF with absolutely no investment fees -- which is what makes it so appealing to thrifty FIRE enthusiasts. The fund also has no minimum investment.

It's one of four fee-free mutual funds Fidelity started offering in 2018. The other three are:

To achieve the kind of portfolio growth you'll need in order to reach financial independence early, you'll have to take some risks. Investing in the Invesco QQQ Trust (NASDAQ:QQQ) is a smart way to earn big returns. The exchange-traded fund (ETF) invests in the 100 largest non-financial stocks in the tech-heavy NASDAQ Composite index, and it has a relatively low expense ratio of 0.2%.

It isn't a great option for investors who want diversification, given that nearly half of its holdings are in technology, but it's still a lot safer than putting a significant chunk of your nest egg in a few individual stocks. The fund's five largest holdings as of Dec. 23 were Apple, Microsoft, Amazon, Tesla, and Facebook. The Invesco QQQ Trust is only appropriate for investors with a relatively high risk tolerance. But for those who are investing with an eye toward FIRE goals, its returns deserve serious consideration. Year to date, the fund has earned 46.64%, compared to 16.71% for the S&P 500. It also has delivered superior 10-year total returns of 526.1%, compared to the S&P 500's 262.1%. 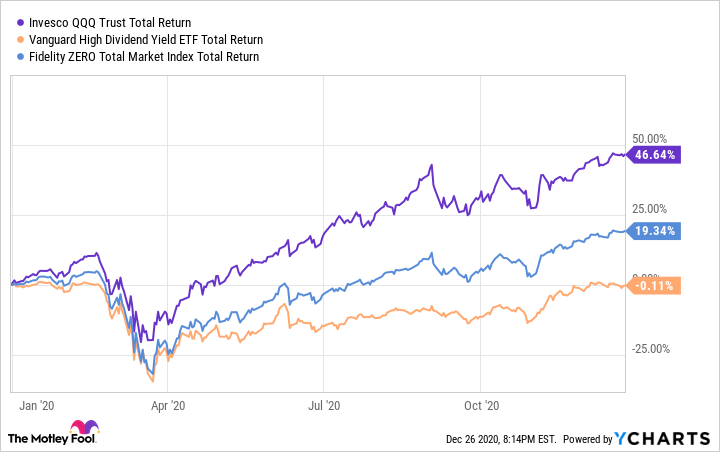 One common strategy for those who have already achieved FIRE is to live off of dividends. If that's your plan, consider the Vanguard High Dividend Yield ETF (NYSEMKT:VYM), which has a yield of 3.65% and an expense ratio of 0.06%.  The fund seeks to replicate the performance of the FTSE High Dividend Yield Index.

Its holdings consist of 414 stocks that are projected to produce above-average yields. Because fast-growing companies tend to use their excess cash to fund growth rather than for paying dividends, the ETF's holdings consist primarily of older companies with solid track records of profitability. Its top five holdings as of Nov. 30 were Johnson & Johnson, JP Morgan Chase, Procter & Gamble, Verizon Communications, and Comcast.

Because the fund is light on rapidly growing tech stocks, the returns are unimpressive compared to the S&P 500. The upside, of course, is that it produces relatively reliable income.

Is FIRE realistic for you?

Let's be honest: FIRE isn't realistic for most Americans. Depending on the life choices you make from those available to you, a strategy that requires you to invest 50% or more of your income early on in your adult life may not be one that you can attempt.

But whether you're looking to build a portfolio large enough to sustain a retirement of half a century or more, or seeking financial independence with a less aggressive timeline, some lessons are the same: Keep your investment costs low. Take some risks, especially early on. And as you get closer to retirement, shift more of your portfolio to income-producing investments.