Investors have been trying to get ahead of the crowd buying electric-vehicle (EV) stocks in 2020. The sector has enormous potential, and it seemed more buyers came in as more and more EV makers went public.

As more companies were available to investors, people could start differentiating among the underlying businesses and addressable markets. One that investors flocked to is Workhorse Group (NASDAQ:WKHS), maker of electric commercial cargo vans. The last-mile package delivery segment is an ideal application for EVs, but after a 655% gain in 2020, has the stock run too far too fast? 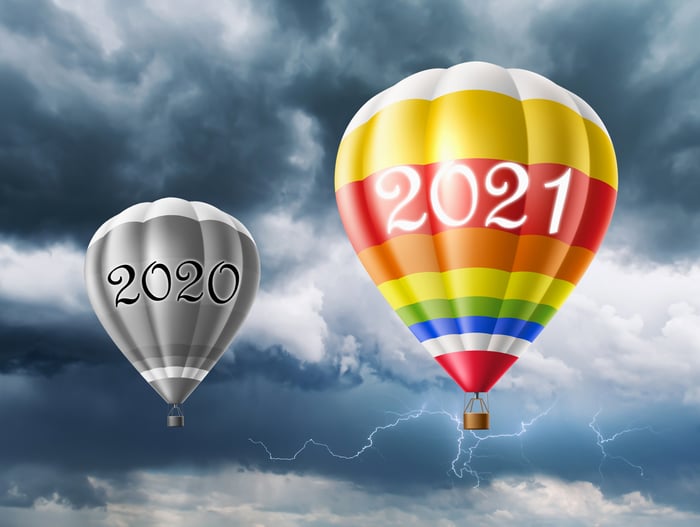 Workhorse's trucks serve the last-mile segment in short-distance deliveries. Its two C-Series electric trucks offer 650 or 1,000 cubic feet of cargo space and have 100 miles of range. The company has also applied for Federal Aviation Administration (FAA) certification for its HorseFly unmanned drone that Workhorse says "can deliver parcels, carry sensors and cameras, and operate autonomously with a high degree of precision."

One thing that also has investors interested is whether the company could get even part of a $6 billion contract from the U.S. Postal Service (USPS). And Workhorse also has a 10% interest in another EV upstart, Lordstown Motors (NASDAQ:RIDE).

It seems investors are counting on a part of the USPS contract to support the valuation of the stock. After several delays, a decision was expected by the end of this year. When news came earlier this month that the decision would again be delayed until sometime next year, shares sank 20%.

Shares are now about 25% off their 2020 highs. But that doesn't make them cheap. Unlike some EV companies with lofty valuations, Workhorse is at least bringing in revenue from its trucks. It's not unheard of to give companies unreasonable valuations in the short term when sales are expected to explode. Amazon (NASDAQ:AMZN) comes to mind when it was losing money, but investors were counting on the growth that it eventually achieved.

Workhorse currently has a price-to-sales ratio of over 2,570. If sales were on the verge of rocketing up, that might make some sense. But its 2021 production target is just 1,800 vehicles. It's hard to justify today's valuation on that basis. 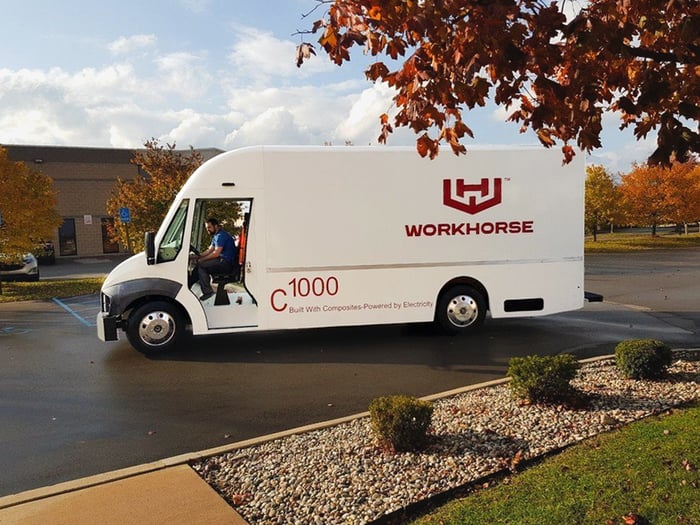 Workhorse won't be alone in offering EV delivery vans, either. U.K.-based Arrival is currently building its first North American microfactory in South Carolina, where it will have a decentralized approach using smaller factories near where there is a demand for its delivery vans and buses.

In 2021, Rivian plans to start shipping electric delivery vans to Amazon, an investor in the EV start-up. And Ford (NYSE:F) will begin making an electric version of its popular Transit delivery vans next year for the 2022 model year.

Workhorse might be entering an EV niche with plenty of potential, but there is plenty of competition, too. Investors have driven up the valuation to unheard-of levels, perhaps counting on a major victory from a USPS contract.

But there is no guarantee that the USPS will even decide to go through with the truck orders, and there are other competitors bidding for the orders, too. It seems that at least a partial win on a big contract is already built into the share price. That leaves the likely outcome for the stock to be either steady or down from here.

Even if there were more upside in the near term, investing shouldn't be about guessing on a potential sales win. Longer-term, there is plenty of competition that should limit the interest in Workhorse stock. While its stake in Lordstown gives it some added potential, after a monster run in 2020, don't expect shares to repeat that in 2021.