In 2020, Novavax (NASDAQ:NVAX) jumped from obscurity and took investors on the thrill ride of the year. Shares of this tiny biotech skyrocketed from $4 in January to $117 in December. That spells gains of nearly 3,000%.

What's driving this amazing run? First, the company received positive news from its phase 3 trial for its flu vaccine candidate, NanoFlu, back in March. Then, the Coalition for Epidemic Preparedness Innovations (CEPI) wrote Novavax a check for $388 million in order to help pay for the company's COVID-19 vaccine development. And then, Novavax received a $1.6 billion grant from Operation Warp Speed (OWS), propelling tiny Novavax into the big leagues. Now investors are talking about Novavax's COVID-19 vaccine in the same breath as Pfizer and Moderna's. And the company and its shareholders are emerging as big winners in the stock market. 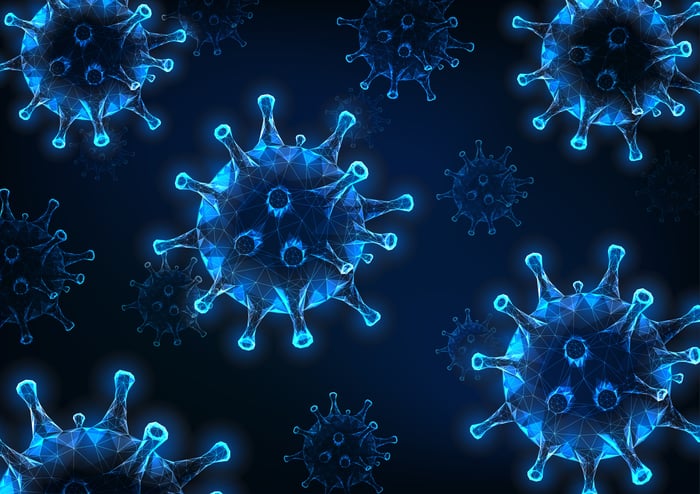 Will Novavax's COVID-19 vaccine get a thumbs-up from the FDA?

We don't know yet. Novavax reported amazing data from its phase 1 trial, peer-reviewed and published in The New England Journal of Medicine. The vaccine produced so many antibodies (proteins that fight infection) in volunteers, that at the time many observers called it best in class.

Whether it will truly be the best is up for debate. The mRNA vaccines from Pfizer and Moderna showed very positive data from their phase 3 trials. This is far more important than any phase 1 data. All we know from Novavax's early trial is that its vaccine produces a huge number of antibodies. Phase 3 data actually measures whether people were safely and effectively protected against the virus. And the mRNA vaccines sported incredible numbers -- Pfizer and Moderna reported 95% and 94.1% efficacy levels, respectively.

Novavax has multiple vaccine studies going on now, including a phase 2 trial in South Africa and Australia, and a phase 3 trial starting to enroll participants in the U.S. But perhaps the key trial for the company is its phase 3 study in the U.K.; its readout is expected in the first quarter. That phase 3 trial will allow the company to seek licensure in the UK and other countries. It might be sufficient for an emergency use authorization (EUA) in the U.S.

When Novavax released its phase 1 numbers on Aug. 4, excited investors bid the stock up to $189 a share the next day. Now in December, the stock is down over 30% off its highs. Doubts have set in as the market patiently waits for the U.K. phase 3 data to come in.

The COVID-19 vaccine race is not over yet

AstraZeneca and Johnson & Johnson have pledged not to profit off their COVID-19 vaccines while the pandemic is ongoing. Investors might want to scratch those two companies from the race, at least in the short term. Both companies are waiting until the pandemic is over and demand has died down to start making a profit.

Novavax, on the other hand, wants to make an appropriate return from its vaccine. That's not surprising; the scrappy underdog has been unprofitable for a long time. It was almost delisted from the Nasdaq last year when a respiratory vaccine failed to receive approval from the U.S. Food and Drug Administration (FDA). But the big checks from CEPI and OWS have brought it back from the brink.

Not only is Novavax seeking a profit, the biotech has been incredibly active on the business front. Despite its small size, the company has acquired more manufacturing capacity than its rivals. Novavax plans to distribute its vaccine to a billion people or more. The company has signed multiple distribution deals (with the U.S., U.K., Canada, Australia, and New Zealand), as well as manufacturing and distribution deals with collaborators in India, Japan, and South Korea.

If Novavax's vaccine receives regulatory approvals, and the $16-a-dose price tag holds, the company stands to make $4.5 billion in revenues in English-speaking countries alone. Novavax is also pursuing a major deal with the European Union. "The envisaged contract with Novavax would provide for the possibility for all EU Member States to purchase 100 million doses, and they could further purchase up to 100 million more doses," the EU said in a press release.

The big news from the U.K.

One problem for vaccine companies -- and the world -- is that the coronavirus appears to be mutating. NBC News reported that, "this variant appears to have ripped through London and the southeast of England at alarming speed." While this mutation appears to have started in the U.K., infectious disease experts believe that it's just a matter of time before this new virus expands into the U.S. and elsewhere.

One of Novavax's phase 3 trials is in the U.K., the epicenter of this new strain. If Novavax's vaccine is highly protective against both the original strains of the virus and this mutation, then demand for the company's vaccine will skyrocket. But it's also possible that the mutation will cause lower vaccine efficacy levels.

If the novel coronavirus changes frequently, it's unlikely that a single vaccination will eliminate the disease entirely. Instead, a vaccination will provide temporary protection, and then we'll have to vaccinate again -- not unlike what we do for the flu. If we do need to vaccinate on an annual basis, chances are that Novavax's stock will be worth a lot more than it is today.