Shares of Lordstown Motors (NASDAQ:RIDE) fell 18.5% in December, according to data provided by S&P Global Market Intelligence. The electric vehicle manufacturer's stock has been volatile since the company went public last year via a reverse merger, and December was no exception.

Lordstown was down for the month, but it wasn't a straight plunge. The company's shares fell more than 25% in the first 10 days of December, only to regain much of that loss in the week that followed, before heading south again in the month's final days. 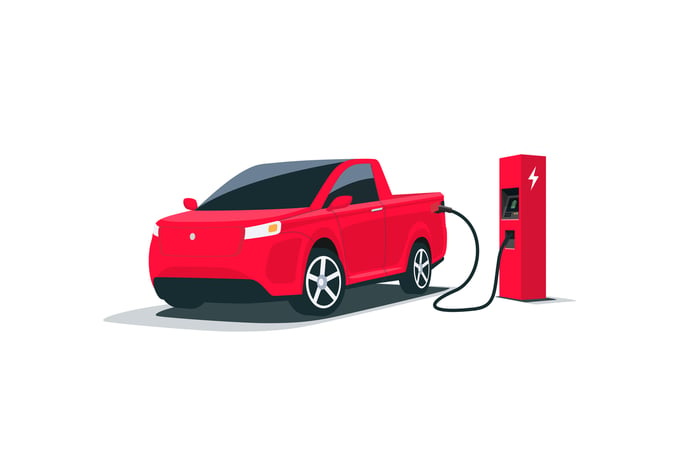 The news flow for the company during the month was mostly positive, with Lordstown releasing a video of its Endurance truck handling off-road conditions and saying the number of reservations for the truck, which is expected to begin production in 2021, is growing. The company also won buy ratings from a number of Wall Street banks during the month.

But electric-vehicle start-ups, including Lordstown, are trading more on investor enthusiasm right now than fundamentals, and enthusiasm waned some for the sector in the month of December. The stocks enjoyed impressive gains through most of 2020 on the promise of disruption as the automotive industry goes electric, and a number of EV start-ups saw their stocks lose momentum during the month.

Even with December's fall, the shares have nearly doubled in the last six months. That includes two dramatic spikes higher, with a slow, steady fall in between. Lordstown is valued by the market at more than $3.3 billion, a hefty sum for a company that doesn't yet have a vehicle in production. 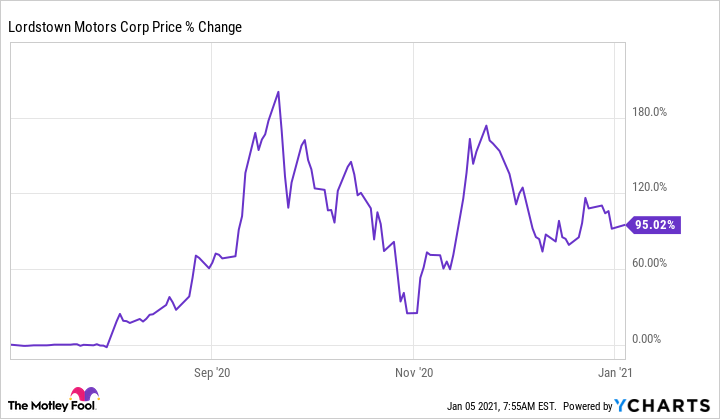 There is a lot of reason to be excited about Lordstown, but until the company is delivering trucks the stock is likely to remain volatile. Investors looking to buy in should be prepared for a bumpy ride, and cautioned that a lot of the near-term potential is already priced in even after December's decline.