The company downsizes in the South American country as it seeks to cut costs during a challenging time.

Ford ( F 2.03% ) is ending manufacturing in a major Latin American market. The sprawling carmaker announced Monday that it will stop producing vehicles in Brazil over the course of this year.

In doing so, Ford will book a total of around $4.1 billion in cash and noncash charges. Of these, $2.5 billion will be cash charges for costs related to employee termination and settlements; all told, roughly 5,000 workers will be affected by the shutdowns. The remaining $1.6 billion is anticipated to come in noncash write-offs for numerous accounting items affected by the retrenchment. 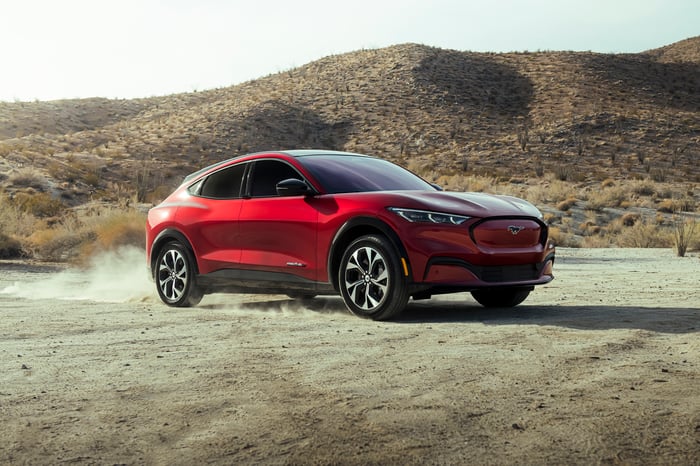 The move is part of a broader restructuring for the carmaker that has been given fresh urgency by the coronavirus pandemic. With mandatory and voluntary stay-in-place measures enacted throughout the world, people are traveling and commuting far less. This has affected the operations of the world's vehicle manufacturers.

Losses have been piling up in South America for Ford lately. The company lost $386 million in the region in the first three quarters of last year; 2019 was also ugly, with a deficit of $704 million.

In terms of the shutdowns, activity in two of Ford's Brazil factories will be halted immediately, although production of certain parts will continue for several months in order to support the aftermarket. A third factory will operate until the fourth quarter of this year. The company will import cars from Argentina, Uruguay, and other countries in the region.

"With more than a century in South America and Brazil, we know these are very difficult, but necessary, actions to create a healthy and sustainable business," the company quoted CEO Jim Farley as saying.

Ford's stock rose by 3.3% on Monday following the news.