Please ensure Javascript is enabled for purposes of website accessibility
Free Article Join Over 1 Million Premium Members And Get More In-Depth Stock Guidance and Research
By George Budwell - Jan 11, 2021 at 9:00AM

Shares of the biopharmaceutical giant Eli Lilly ( LLY 0.44% ) jumped by as much as 20% in pre-market trading Monday morning. The drugmaker's shares are shooting higher in response to a positive clinical update for its experimental Alzheimer's disease drug known as donanemab.

Donanemab is an experimental antibody designed to target a modified form of beta amyloid. In a midstage trial, the drug reportedly produced a statistically significant slowing in the decline in both cognition and daily function in patients with early symptomatic Alzheimer's disease, when compared to individuals receiving a placebo. 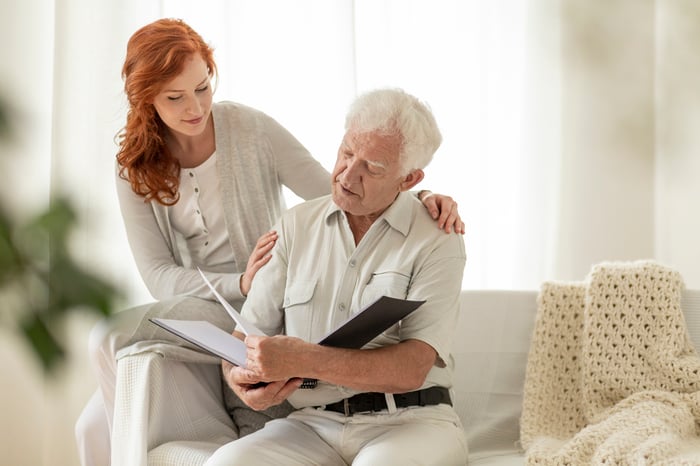 There are no treatments approved by the Food and Drug Administration that can slow cognitive decline in Alzheimer's disease patients. So, with an estimated 5.5 million Americans currently living with this deadly neurodegenerative disorder, the first drug approved for this indication is widely believed to have a real shot at generating annual sales in excess of $10 billion at peak.

This quantum leap in Lilly's valuation clearly reflects the enormous commercial potential of this untapped drug market. At one point in pre-market trading today, the American pharma titan added a whopping $31.2 billion to its market capitalization.

Is Lilly's stock still a buy after this hefty jump? While this pharma stock has been a big winner for investors in the past, this jaw-dropping rise in its market cap probably isn't justified. Scores of similar Alzheimer's disease drugs have shown promise in early- to midstage trials, only to flop badly in pivotal studies. In other words, investors are likely overreacting, perhaps wildly so, to this data release.