Lemonade (NYSE:LMND) was one of the hottest initial public offerings of 2020, going public in July and gaining about 145% from its start of trading till the end of the year. But there's still refreshing news for investors in 2021: The insurance technology company has major potential for growth this year as it continues to disrupt traditional insurance, and shareholders have a lot to gain as well. Look for these three things to happen this year.

COO Shai Wininger announced the company's 1 millionth customer in December, gaining in about five years what older insurance companies took decades to accomplish: Geico did it in 28 years, and it took State Farm 22 years.

Since Lemonade employs thousands of bits of data and multiple artificial intelligence (AI) bots to offer quick policies, every new customer sharpens Lemonade's algorithms and makes the model more competitive. So while new customers mean increased potential for growing revenue and positive earnings, but they also mean a higher-quality experience for existing customers. 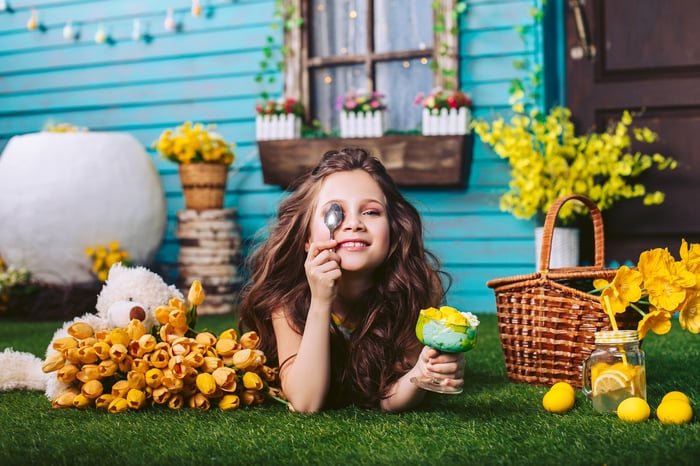 Some 12% of Lemonade's renters-insurance holders have graduated to homeowners insurance, which means that for the original customers and their $150 policies, the company gets their $750 upgrades for free.The company is still unprofitable, but its losses are getting narrower, and as more customers upgrade and revenue increases, many of the customer-acquisition costs will decrease.

In the third quarter, the average premium per customer increased 19%, and with new customers in the quarter, in force premiums doubled to nearly $200 million.

Lemonade launched pet insurance in July, and it's developing a term life insurance program (a growing $800 billion market), which it is excited to market to its million customers for no cost. But both of these programs can also help it gain additional customers.

As customer count increases and the algorithms for policy prices improve, Lemonade's loss ratio should improve as well.

An insurer's loss ratio measures the average aggregate of how much of a policy gets paid out. A lower ratio means less goes out; anything under 100% is profitable. In the third quarter, Lermonade's gross loss ratio was 72% -- 7 percentage points lower than the prior year. CFO Tim Bixby noted that in property and casualty insurance, the average loss ratio is 82% and 72% for the top 20 players, putting Lemonade in a competitive position. CEO Daniel Schreiber pointed out that if the company performed like the industry average, considering its market and what it was exposed to geographically, it would have had a 100% loss ratio in the third quarter due to the California wildfires.

In Lemonade's case, its revenue is not so dependent on the ratio because it keeps a 25% flat fee of each policy. The rest is handed over to third-party reinsurers. Customers can donate money left over after payouts to a charity of their choosing. But the number is an important indication of how well the company is managing its operations.

Lemonade is working in a fraction of available markets. It only operates in just over half of U.S. states, giving it lots of room to expand and gain greater market share.

It also does business in Germany and The Netherlands, and it rolled out in France in December. Between its various types of insurance and available growth markets, I would expect to see Lemonade offered in many more locations in 2021.

Lemonade has its work cut out for it, and I'm excited to see what this insurance disruptor introduces in the coming year.