Shares of Ford Motor Company (NYSE:F) were trading higher on Tuesday, for reasons that weren't immediately clear. As of 2:30 p.m. EST, Ford's shares were up about 4.6% from Monday's closing price.

Ford didn't have any big news to announce on Tuesday. But old rival General Motors (NYSE:GM) made a big splash at the Consumer Electronics Show (CES) on Tuesday morning. Among other things, GM announced a new electric commercial-vehicle brand and previewed an upcoming electric Cadillac ultra-luxury sedan in its CES presentation.

It's possible that GM's presentation reminded auto investors -- who in recent months have been snapping up shares of electric-vehicle start-ups -- that both GM and Ford are positioning themselves to be major players in electric vehicles, particularly in the highly profitable truck and commercial van segments. 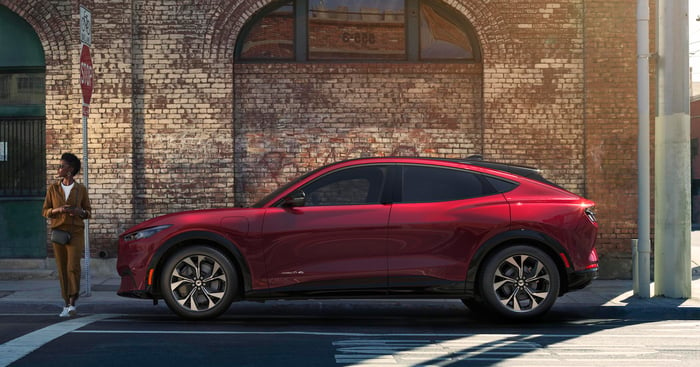 It's also possible that Ford's stock is getting some help from a spy photo of an upcoming small pickup that was making the rounds on Tuesday. The photo, featured in an Automotive News story, is said to have been taken at the Mexican factory that builds Ford's new Bronco Sport. The upcoming small pickup, which might be called the Maverick and is expected by next year, is believed to share underpinnings with the small SUV.

Investors hoping for more details can look ahead to Feb. 4, when CEO Jim Farley and new chief financial officer John Lawler will discuss the company's fourth-quarter and full-year 2020 earnings.