Advanced Micro Devices (NASDAQ:AMD) made a splash in the laptop market last year with its Ryzen 4000 Mobile line of processors. The chips were built on the company's Zen 2 architecture and Taiwan Semiconductor's 7nm manufacturing process, providing exceptional performance and effectively competing with products from chip giant Intel (NASDAQ:INTC).

Once a significant number of laptops were available, AMD's market share jumped. AMD's chips were in 20.2% of laptops sold in the third quarter of 2020, according to Mercury Research as reported by Tom's Hardware, up from 14.7% for the same period in 2019.

At the CES 2021 technology trade show on Tuesday, AMD announced the next iteration of its Ryzen laptop processors. The Ryzen 5000 Mobile series uses the company's latest Zen 3 architecture, the same architecture used for AMD's most recent desktop chips. The new chips use the same 7nm manufacturing process as their predecessors, so the leap in performance will likely be smaller this time around. 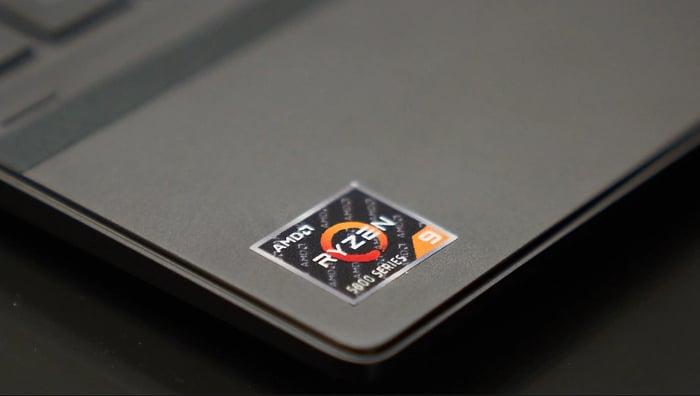 Below the HX series in terms of performance is the H series, with those processors using a bit less power and featuring lower clock speeds. The HS series brings power consumption down even more, and the U series targets laptops where efficiency and battery life are just as important as raw performance.

AMD is making big promises for these U-series chips. The company claims the Ryzen 5800U, an 8-core chip that should find its way into some higher-end ultra-portables, provides 16% better single-threaded performance and 14% better multi-threaded performance than the last-gen Ryzen 7 4800U. Battery life should also be solid, with up to 17.5 hours of general-usage battery life and up to 21 hours of movie playback.

AMD expects the first Ryzen 5000 Mobile notebooks to be available sometime in the first quarter, with over 150 notebooks expected to launch in 2021 featuring the new chips.

Unlike the desktop CPU market where AMD can sell its chips to those who build their own PCs, the laptop market requires AMD to convince original equipment manufacturers (OEMs) to design systems around its chips. While AMD's products have caught up to Intel in terms of performance, Intel chips still power around 80% of laptops sold. For consumers who don't follow the industry and know little about technology, buying an Intel-based laptop is the path of least resistance.

Intel unveiled some new laptop processors of its own in recent days. Intel's Tiger Lake-H series won't compete with AMD's best. Instead, the processors will power devices that aim to provide decent gaming performance along with good battery life. More powerful Tiger Lake laptop processors from Intel aren't yet available.

AMD should continue to gain market share this year, but how much it gains depends on the degree OEMs embrace its products. Intel is having no problem selling laptop chips amid the pandemic -- volumes were up 25% year over year for the company in the third quarter. AMD will have to overcome Intel's inertia in the laptop market, which will be easier said than done.

Market share gains won't necessarily translate into a higher stock price for AMD. Shares of AMD are historically expensive after a strong performance in 2020, with the stock trading for well over 100 times earnings. While AMD the company will likely do well this year, AMD the stock is another story.