DoorDash (NYSE:DASH) is a long-distance runner, it seems, and the food delivery stock is posting its fifth straight day of gains in Wednesday trading -- up 10% as of 11:30 a.m. EST. There's no actual new news to explain today's rise as opposed to the previous four days' gains, however, and so it seems the catalyst is the same: 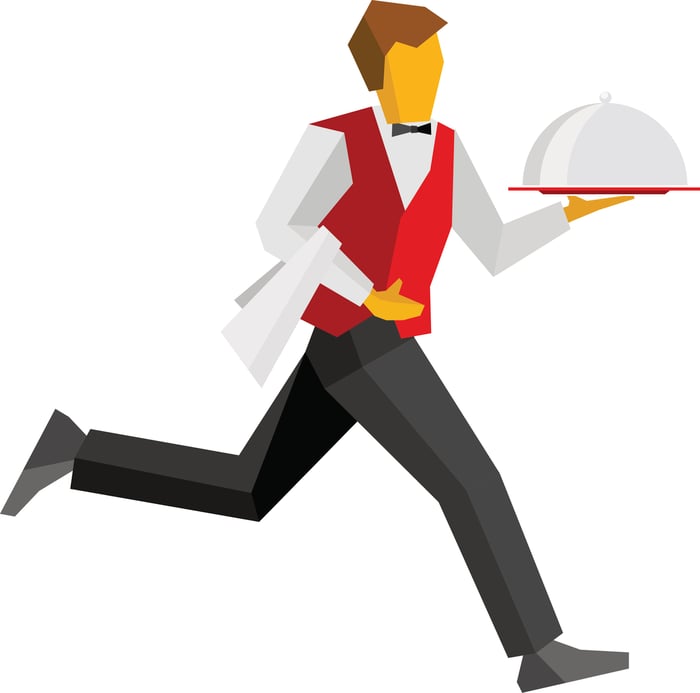 More specifically, DoorDash's strongly rumored interest in expanding its operations into Japan. Late last week, Japan's Nikkei Asia news service pointed out that DoorDash is trying to recruit a general manager to run operations in Japan. Queried for comment, DoorDash responded vaguely that "we're always thinking about ways to enhance and scale our platform to serve more communities [and] continually assess expansion opportunities, but there is nothing to update on at this moment in time."

But the simple fact of the matter is that DoorDash is looking not just at "expansion" generally, but at expansion in Japan in particular.

And DoorDash's timing couldn't be more perfect. In Japan, 95% of restaurants don't yet do DoorDash-style delivery to customers' homes. Yet with COVID cases ramping up in Japan right now, the government just announced expanded "state of emergency" restrictions on restaurants and other businesses.

Previously, only Tokyo and three neighboring prefectures were covered by the restrictions, which recommend that restaurants close early while the crisis persists and that customers limit nonessential trips outside. Today, CNN reports that Japan has expanded these restrictions to seven more prefectures, such that "much of Japan's main island of Honshu" is now covered.

While it's not known how long the restrictions will remain in effect, there's already talk of postponing the Tokyo Olympic Games -- scheduled to begin in July -- for a second year. That suggests DoorDash will have plenty of time to get its business up and running as it serves an essential need in a time of pandemic.