In 2019, the streaming industry officially passed cable TV in total subscribers. A cord-cutting revolution is in full motion and several companies will surely benefit.

Choices like Netflix and Roku are popular bets to say the least, but ViacomCBS (NASDAQ:VIAC) (NASDAQ:VIAC.A) looks to be poised to benefit as well. While the organization has mainly operated as a cable company in the past, its effective pivot to streaming is underappreciated and noteworthy. Here I will explain why. 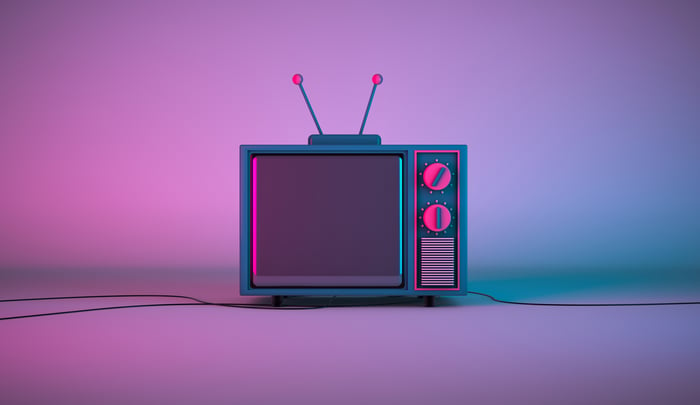 In ViacomCBS' most recent quarter, its streaming and direct-to-consumer (DTC) services saw subscribers spike 72% year over year to 17.9 million total between Showtime and CBS All Access. The outperformance prompted CEO Bob Bakish to raise his end-of-year subscription target for the second consecutive quarter to 19 million. The two services combined also delivered brisk 78% revenue growth to $636 million year over year.

On the free side of things, ViacomCBS' Pluto TV product is also enjoying rapid user growth. Its domestic monthly active users (MAUs) increased 57% year over year to 28.4 million. The company is now forecasting 30 million domestic MAUs when it reports its next quarter, which would represent another stellar quarter of user growth. Pluto also recently signed distribution deals with LG and Sony, hinting at more success to come.

Pluto does not generate subscription revenue -- but it does contribute in other ways.

According to Bakish, in ViacomCBS' last quarter, Pluto TV realized its first $3 million advertising revenue day. This is just one month after the product achieved its first $2 million advertising revenue day, indicating strong momentum for the product. Furthermore, the company uses Pluto TV to advertise its paid products, which may be contributing to its successful evolution.

The strong growth in ViacomCBS' services has come even before its planned relaunch of CBS All Access under the name Paramount+ early this year.

The new service will incorporate a much larger portion of the entertainment assets the company has access to. Networks such as BET, Comedy Central, MTV, Nickelodeon, and so much more will be added to the new service's library. ViacomCBS purchased the right to all of this content when it merged with Viacom last year -- now we are seeing why.

Furthermore, new originals will be developed exclusively for Paramount+ leveraging some of ViacomCBS' most iconic creations. New content from ubiquitous brands like SpongeBob and The Godfather will be available on the service.

Moreover, the media company plans to include some of its live sports broadcasting rights. Champions League, the National Football League (NFL), professional Golf, college football, college basketball, and more will be available to Paramount+ users.

While ViacomCBS will be investing heavily in producing scripted content to differentiate Paramount+ in a crowded field, sports may be the main advantage this company enjoys. Live sports dominate cable TV, claiming 88% of the top 100 most-watched shows. It's feasible to think this interest will shift seamlessly to Paramount+ as aggressive cord-cutting continues in general.

Beyond debuting in the U.S. this year, Paramount+ is also set to be available in Latin America, Australia, and some Nordic countries.

Carving out success in streaming

While ViacomCBS is predominately known as a cable company, that is quickly changing. Its plethora of entertainment assets is driving meaningful success in the company's paid and free streaming and DTC products. Investors should take note -- and perhaps even consider investing in ViacomCBS.