Some good news from Aphria and HEXO has Aurora Cannabis moving in sympathy. 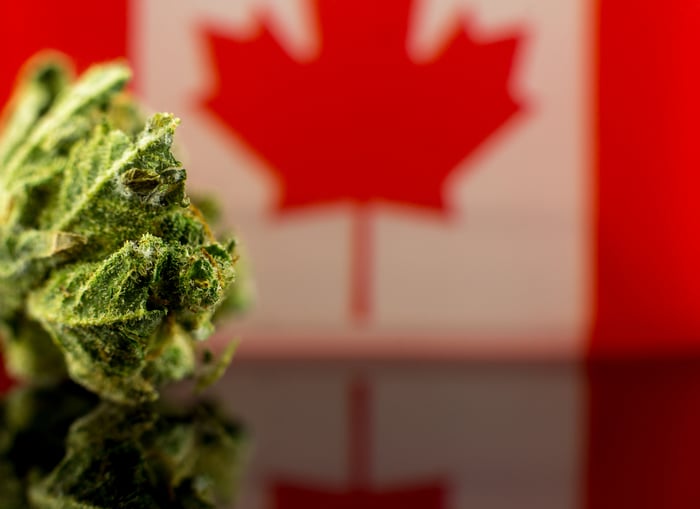 Aphria has had an active several months. In November 2020, the company closed on a $300 million acquisition of U.S. craft brewer SweetWater Brewing Company. Aphria chairman and CEO Irwin Simon called it a "significant step forward to build upon our existing foundation in cannabis." He added the company plans to strategically utilize SweetWater's existing distribution infrastructure "to accelerate Aphria's entry into the U.S. ahead of federal legalization of cannabis."

Last month, the company announced a merger with fellow Canadian grower Tilray ( TLRY ) to create one of the largest global cannabis companies. Simon will lead the newly combined company.

Shares in HEXO are reacting to a new product launch from the company's joint venture with Molson Coors. Truss CBD USA unveiled Veryvell, a new group of non-alcoholic, sparkling CBD drinks. HEXO says Truss Beverage Brands already has a top market position with Canadian consumers. The new line will be available in three flavors exclusively in Colorado, as the company says it plans to emulate the success in the United States. HEXO CEO and co-founder Sebastien St-Louis said in a statement, "We have near-term plans to invest additional capital in the USA to support Truss CBD USA," and that the company is currently in negotiations for partners outside of beverages.

Aurora is a popular name with investors, and is likely trading in sympathy of the positive peer news. Trading volume exceeds the others in the industry, as seen on the one-year chart below. 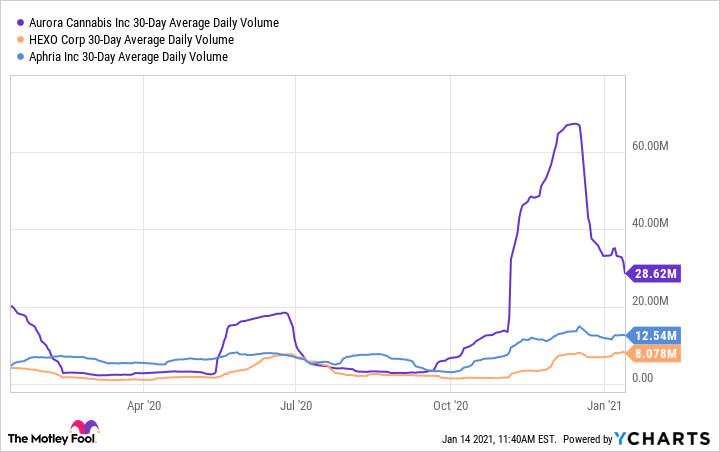 Investors should know, however, that popularity isn't what drives investment gains. But it is a good sign for the overall sector when growth is reported in several areas. Looking into the underlying business results is how investors should decide which names to put their money in.