Please ensure Javascript is enabled for purposes of website accessibility
Log In Help Join The Motley Fool
Free Article Join Over 1 Million Premium Members And Get More In-Depth Stock Guidance and Research
By Eric Volkman - Updated Jan 15, 2021 at 9:29AM

The energy giant places a (likely small) bet on processes that help clean the environment.

Chevron (CVX 0.57%) is spending green to go green. The company announced Thursday that it has invested in a funding round conducted by Blue Planet Systems, a maker of products that reduce the carbon output of industrial processes.

Chevron is channeling its funds through a Series C investment into the privately held company, which is based in Silicon Valley. In addition, it has signed a letter of intent with Blue Planet regarding cooperation on pilot projects and other commercial opportunities, although it provided few details. 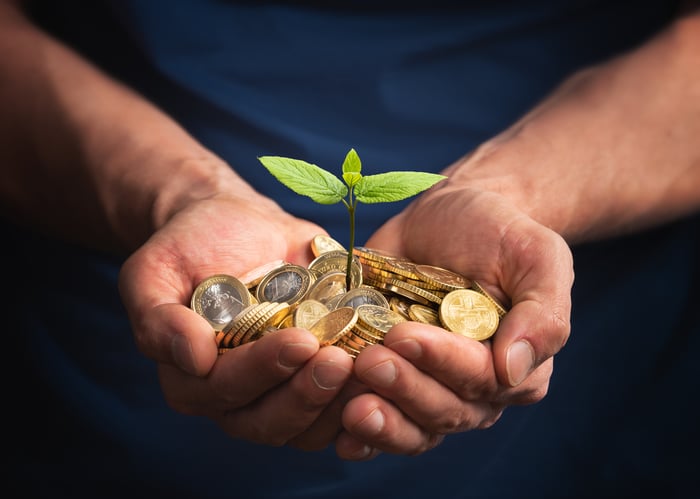 The energy giant did not divulge the amount of its investment. It did quote the president of its Technology Ventures unit, Barbara Burger, as saying, "Carbon capture, utilization, and storage, or CCUS, is viewed to be essential to advancing progress toward the global net zero ambition of the Paris Agreement."

While Chevron in many respects is still very much a classic fossil fuel company, like many of its peers it's aware that it needs to branch off into business segments that are more sustainable. Meanwhile, carbon capture -- and other means of making once-dirty industrial processes cleaner -- is still a very young business, but has notable potential given how many factories and refineries operate around the world.

It's likely that Chevron didn't spend a great deal of money, relatively speaking, on the Blue Planet investment. In many ways it tends to be rather careful about spending, for an energy titan. This is one reason it tends to take on less debt, and has the scope to raise its dividend on an annual basis, which these days is atypical for the industry.