Please ensure Javascript is enabled for purposes of website accessibility
Log In Help Join The Motley Fool
Free Article Join Over 1 Million Premium Members And Get More In-Depth Stock Guidance and Research
By Jeremy Bowman - Updated Jan 19, 2021 at 11:08AM

The streamer has been a sleepy stock for the last six months. That could change next week.

2020 was a banner year for stay-at-home stocks. Companies like Zoom and Peloton finished the year up 400% and went from being niche products to household staples. Video streaming also boomed last year, thanks to the effects of the pandemic, but Netflix (NFLX 1.90%) missed out on much of the rally in stay-at-home stocks in the last half of the year.

While the streamer's 67% gain in 2020 would be stellar in an ordinary year, the stock has essentially traded sideways over the last six months, significantly underperforming the S&P 500. Netflix's subscriber growth slowed sharply in the third quarter, as the company projected, after monster gains in the first half of 2020, and investors cooled off on the stock, focusing on other high-growth tech options.

With Netflix's fourth-quarter earnings report due out on Jan. 19, the company has a shot at redemption following the recent slump. Before we dive into what to expect, here are the key metrics in the company's forecast from October. 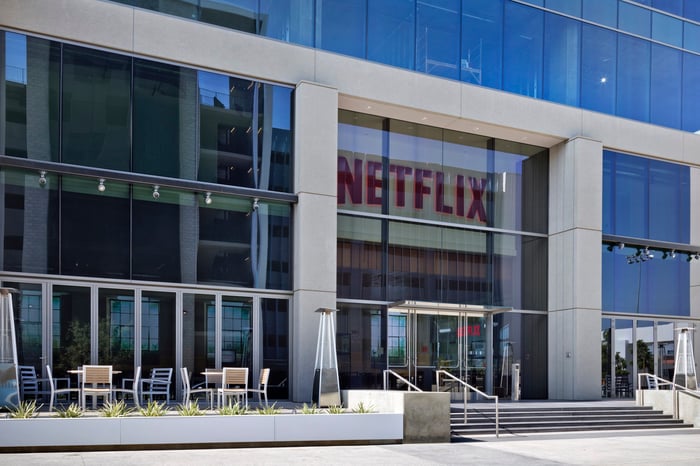 Why Netflix could surprise to the upside

There are number of reasons why Netflix could deliver better-than-expected results next Tuesday. The COVID-19 pandemic was a key driver of the surge in the first half of the year when it added 25.9 million subscribers. In October, when the company offered that guidance, the pandemic was much more controlled than it is today. In the U.S., daily new cases went from about 60,000 to more than 200,000 today, while new infections similarly spiked in Europe, prompting lockdowns in countries like France and the U.K., as well as incremental measures in parts of the U.S., like Southern California and New York.

That rise in cases is likely to have driven similar growth in subscriptions the way the initial outbreak in the spring did.

The company also said it would raise prices in the U.S. at the end of October from $12.99/month to $13.99/month on its most popular membership option. While that move was widely expected, it shows management's confidence in both its long-term growth trajectory and the performance in the fourth quarter. A 2019 price increase caused Netflix to report a slight decline in subscribers in the second quarter, but that was during a seasonally slow quarter. Also, it was a larger price hike, as prices went up by $2 then compared to just a $1 hike last year. It also proved to be a temporary speed bump as it returned to steady growth in the following quarter.

Additionally, there's evidence of a streaming boom across the industry in the fourth quarter. Disney reported that it added 13 million subscribers in the two months leading up to the beginning of December, while streaming aggregator Reelgood.com noted "massive growth across the board," though it did say Netflix's leading market share declined from 25% to 22% among Reelgood's 2 million users.

Finally, Netflix rolled out another strong slate of content in Q4. The Queen's Gambit was a surprise hit globally, sparking a surge in chess interest around the world, and the company also seems to have scored victories with the first season of Emily in Paris, which was already renewed for its second season, and Season 4 of The Crown, one of its strongest franchises. Towards the end of the quarter on Dec. 25, the company also released the first season of Bridgerton, Shonda Rhimes' first production for the service, which has also received critical acclaim.

Data from Reelgood shows that five of the top 10 streaming movies in the fourth quarter were released on Netflix, including The Haunting, Hubie Halloween, Mank, The Trial of The Chicago 7, and Hillbilly Elegy.

The market is ripe for a surge

Valuations have become inflated across the stock market in recent months. Low interest rates have encouraged rotation into equities, and retail investors have piled into stocks, seeing many big names grow by multiples. With shares down slightly over the last six months, Netflix seems primed for another breakout given the broader market environment.

Considering Netflix is leading a long-term secular disruption of video entertainment, that price makes the stock look cheap. Expect the stock to surge next Tuesday if the company can deliver a winning round of results.