Please ensure Javascript is enabled for purposes of website accessibility
Log In Help Join The Motley Fool
Free Article Join Over 1 Million Premium Members And Get More In-Depth Stock Guidance and Research
By Rich Smith - Jan 17, 2021 at 7:07AM

No one likes to see a company that they've been buying suddenly turn around and start selling shares.

Hydrogen fuel cell stocks helped to power the stock market higher in 2020. Over the course of 12 turbulent months of trading, shares of:

Now don't get me wrong. 16% is a very respectable performance. (On average, the S&P 500 only rises about 10% per year). But as well as the broader market performed, the fuel cell stocks did far better.

This run-up in the share prices of fuel cell stocks didn't go unnoticed by investors, who have continued to bid up the sector in the New Year, betting on a continuation of the trend. And Wall Street analysts are definitely paying attention. At last report, S&P Global Market Intelligence data was showing the four major fuel cell stocks garnering a total of 20 separate "buy" or "outperform" ratings on Wall Street -- and only a pair of "sell" or "underperform" ratings. But investors and analysts aren't the only folks who have noticed that fuel cell stocks are receiving rich valuations these days.

The fuel cell companies noticed, too -- and they're making hay while the sun shines. 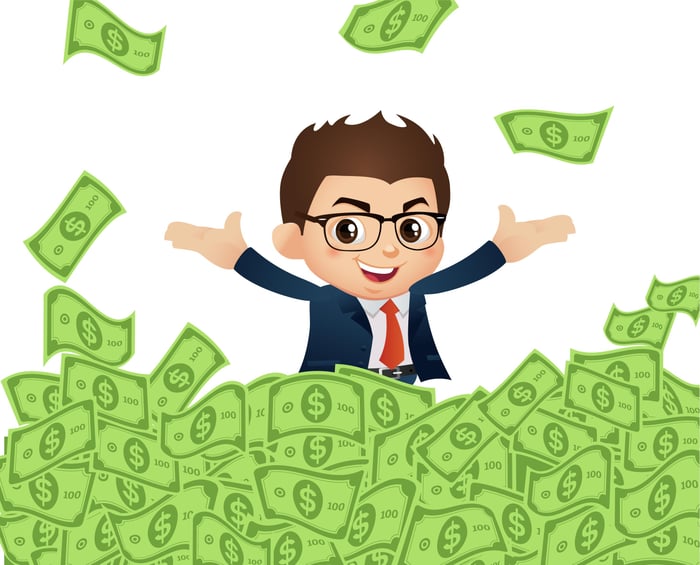 Time to cash in

And by "hay," I mean "cash." Over the past six months, three of the four big fuel cell stocks have created and sold a combined $2.1 billion worth of new stock. Specifically:

Alone among the fuel cell stocks, Bloom has not conducted any follow-on stock offerings to cash in on its skyrocketing share price. Yet.

The pluses and minuses of cash grabs

So should investors worry that the stocks they've been bidding up are now selling shares "at the top"? Well, maybe yes, but probably no.

Seeing a high-flying stock that you have been buying turn around and sell its own shares at a discount can be a bit worrisome. When Plug announced its $845 million stock sale in November, for example -- and said an underwriter's "overallotment option" could grow the stock sale to nearly $1 billion in size -- I pointed out how this would dilute shareholders out of 10% of their ownership stake in the company.

And shareholder dilution is a concern in such cases. But consider the advantages of these stock sales. When Plug announced its sale at a price of $22.25 per share, it got a lot more cash, and its shareholders suffered a lot less dilution, than would have happened had Plug sold shares back in, say, June 2020 -- when each share of Plug fetched only $5. Far from a danger sign, "the top" can actually be the best time for a company to issue and sell new shares, and raise cash to fund its growth plans.

Would it have been even better had Plug waited to sell shares until this week, when its shares hit a 52-week high of nearly $73? Sure. But one of the reasons Plug's shares hit that peak in the first place (and one of the reasons both FuelCell and Ballard are similarly sitting near their 52-week highs), is because Plug (and FuelCell and Ballard) made hay while the sun shined, and shored up their balance sheets with cheap investor cash months ago.

Consider: After its share sales, Plug Power probably has something on the order of $1.4 billion or $800 million in net cash on its balance sheet -- enough cash to fund more than four years of business expansion at the company's recent cash burn rate of $186 million per year.

The only question at this point is when Bloom Energy, with $1 billion in debt on its books, and $325 million in cash that it's burning through at a rate of more than $100 million a year, is going to announce its own stock sale to ensure it's not eclipsed by better-funded rivals.

With its stock trading barely $1 per share below its all-time high, Bloom Energy definitely should do that.