Wall Street likes what it's seeing on Tuesday.

Electric vehicles and autonomous driving have been huge growth areas for the market lately, dominated by the significant gains in electric automaker pioneer Tesla (TSLA 7.43%) in 2020. Yet General Motors (GM 4.00%) has finally decided that it's not going to get left behind, and news today sent the stock soaring as GM stakes its claim to the red-hot niche. Meanwhile, AMC Entertainment Holdings (AMC 2.95%) showed that it isn't ready to call it quits just yet, despite the huge pressure the movie theater chain operator has been under ever since the COVID-19 pandemic began.

Shares of General Motors jumped nearly 10% on Tuesday morning. The automaker giant has been working on innovative ideas for years through its Cruise division, but investors are finally starting to take notice. 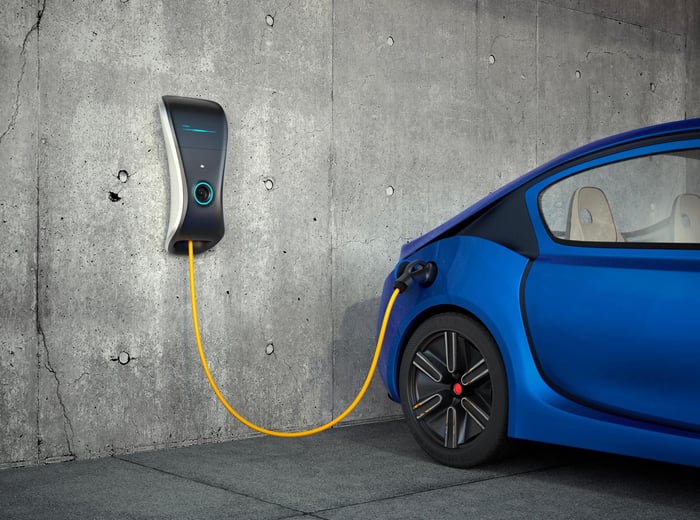 The big catalyst for GM Tuesday came from a new partnership with Microsoft (MSFT 1.29%). The software specialist will become part of a group of investors that includes GM and Honda Motor (HMC 1.59%) to invest a total of $2 billion in GM's Cruise, with the intent of speeding up the commercialization of self-driving vehicles. Microsoft will bring its software, hardware, and cloud computing expertise, along with its ecosystem of partners and knowledge in manufacturing.

Cruise will use Microsoft Azure as its cloud and edge computing platform. Microsoft will also work more closely with GM itself, acting as its preferred public cloud computing provider in order to move forward more aggressively with its digital transformation initiatives.

Cruise is becoming an important part of GM's overall mission, as the latest investment will bring its valuation to $30 billion. Whether Cruise can catch up with Tesla remains to be seen, but General Motors is at least not willing to go down without a fight.

Can the show go on at AMC?

Elsewhere, shares of AMC Entertainment Holdings soared more than 30%. Investors are betting that the movie theater company will be able to outlast the pandemic, and they're glad to see that AMC got some additional liquidity to bridge the gap between now and when people will be able to visit theaters freely again.

AMC disclosed to the U.S. Securities and Exchange Commission that it has issued $100 million in five-year secured notes. Under the terms of the notes, AMC can make interest payments for the first year and a half using payment-in-kind (PIK) provisions that don't require upfront cash.

However, the price tag AMC's paying is steep. The notes bear interest of 15%, and if AMC uses the PIK provisions, the rate applying to that debt is 17%. The theater operator also retained several repayment options, including the possibility of selling stock to buy back a portion of the debt.

Shareholders are speculating that AMC will be able to survive without filing for bankruptcy. Unfortunately, expensive new debt offerings that include provisions to dilute shareholders could prove costly -- and even if AMC does continue, there's no guarantee the stock will recover.