Please ensure Javascript is enabled for purposes of website accessibility
Log In Help Join The Motley Fool
Free Article Join Over 1 Million Premium Members And Get More In-Depth Stock Guidance and Research
By John Ballard - Jan 20, 2021 at 8:45AM

Further international expansion is just one part of Zynga's strategy.

Zynga (ZNGA -2.04%) had a great 2020 with the help of high levels of player engagement during the coronavirus pandemic as well as the completion of two acquisitions that add more titles and players for the company to monetize.

While events and actions related to the pandemic ended up bringing more players to Zynga's mobile games, it would be helpful to know if management has a way to sustain this newfound business momentum beyond COVID-19.

An investment in Zynga is a bet on the increasing use of smartphones around the world. This has been fundamental to Zynga's growth so far, and the rollout of 5G cellular speeds should only make mobile gaming more appealing to players in hot markets like Asia. 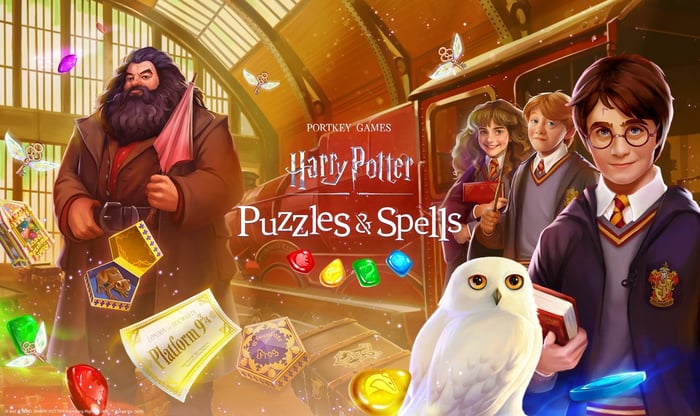 New technologies will not only make games look and play better, but faster connection speeds specifically benefit the kind of social games that Zynga produces, such as the multiplayer game mode in CSR Racing.

These trends serve as catalysts for Zynga's international expansion. During the company's third-quarter conference call, CEO Frank Gibeau said, "As the industry continues to expand and evolve, we are investing in new markets, categories, and technologies that will have the ability to increase Zynga's total addressable market and further accelerate our growth over the long term."

Zynga has already expanded its Empires & Puzzles game in Asia during 2019. Penetrating this fast-growing market also seems to have been part of the rationale for acquiring Peak for $1.85 billion last year. In 2020, Peak's Toon Blast became one of the top-grossing games in Japan.

International bookings made up 38% of Zynga's business in the third quarter and grew 49% year over year. But Zynga is also experiencing strong growth at home, with U.S. bookings up 66% year over year in the last quarter.

Zynga has made effective use of acquisitions to grow its business over the years. Over the last four years, the company spent a net cash outlay of $1.7 billion on acquisitions. Investors should expect more deals.

Adding more games and development talent is important to build a large base of monthly active users and achieve greater scale in the industry. This will be even more critical following Apple's move to give iOS users more privacy over the data third-party apps collect for advertising purposes, while ad revenue makes up a small part of Zynga's business.

Last year, Apple announced a new change to advertiser identifier declarations (IDFA) that will allow users to block apps from tracking their data.

The rule changes are a minor headwind for Zynga since advertising made up only 11% of Zynga's total bookings last quarter, but this percentage was already dropping before Apple's announcement.

Still, Apple's new policy could serve as a growth catalyst over the next few years in the form of presenting more acquisition opportunities. As a result of the IDFA changes, smaller studios will likely be more interested in joining a larger company like Zynga that has more sophisticated advertising capabilities to scoot around the impact of the new privacy rules.

Following the recent acquisitions of Peak and Rollic, Zynga ended the third quarter with 31 million daily active users and 83 million monthly active users -- the highest levels the company has seen in more than six years.

Management now expects full-year bookings for 2020 to be up 43% year over year, reaching $2.2 billion. Most of Zynga's bookings come from in-game spending, so maintaining healthy player-engagement levels is important to sustaining growth.

Zynga is seeing plenty of momentum across its live services, especially following the successful launch of Harry Potter: Puzzles and Spells in September. Management expects Harry Potter to drive meaningful growth beyond 2021.

Along with strong performance from social slots titles and a full year of results from Peak and Rollic, management expects to drive double-digit growth in revenue in 2021.