Please ensure Javascript is enabled for purposes of website accessibility
Log In Help Join The Motley Fool
Free Article Join Over 1 Million Premium Members And Get More In-Depth Stock Guidance and Research
By Leo Sun - Jan 21, 2021 at 8:45AM

The data mining firm's self-imposed restriction on insider sales could expire next month.

Palantir's (PLTR 7.72%) stock has roughly tripled since its direct listing last September. The market's interest in the data mining firm was tepid at first, but the stock soared after it posted impressive third-quarter numbers in November and secured new government and private sector contracts.

Investors are probably already familiar with the first two points, but the lock-up expiration might be a confusing issue for investors. Let's see if Palantir's lockup expiration could end the stock's rally. 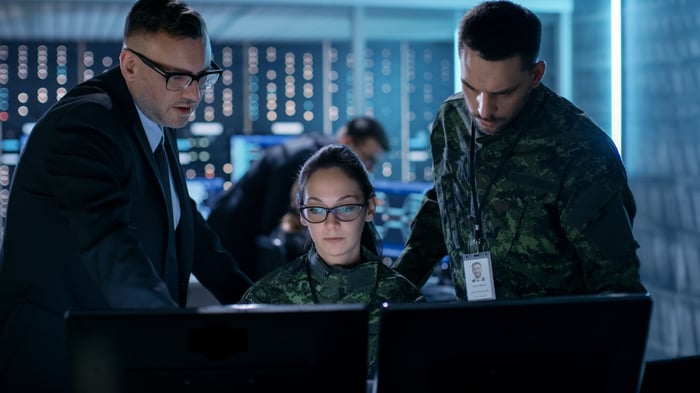 When will Palantir's lockup period expire?

Palantir went public via a direct listing, which allowed its existing shareholders to directly sell their shares to retail investors. This is different from a traditional IPO, in which a company sells new shares to raise cash.

When a company goes public through a traditional IPO, it usually sets a lock-up period of 90 to 180 days during which insiders can't sell their shares. That rule isn't mandated by the Securities and Exchange Commission -- it's a self-imposed one that prevents big investors from flooding the market with shares.

Palantir's direct listing allowed its insiders to sell 20% of their holdings. However, that limit will be lifted on the third trading day after Palantir's fourth-quarter earnings report -- which hasn't been scheduled, but should occur in February or March. Bearish analysts like Radke believe Palantir's insiders could take the opportunity to sell a lot more shares.

Snowflake (SNOW) went public at $120 per share on Sept. 16, 2020, more than doubled on the first day, and hit $390 in early December. However, concerns about Snowflake's partial lock-up expiration on Dec. 15 intensified, and the stock retreated from its all-time highs. When that date finally arrived, the stock had dropped to about $330 per share, and currently trades in the $280s.

JFrog (FROG 5.03%) went public on the same day as Snowflake at $44 per share. It closed at nearly $65 on the first day, and soared to the mid-$80s by late September. But like Snowflake, JFrog's stock also pulled back ahead of an early lock-up release on Nov. 25. The stock closed at $67 that day, and currently trades at about $60.

Snowflake and JFrog both pulled back because their stocks were trading at high valuations. Even after their recent declines, Snowflake and JFrog remain pricey relative to their revenue growth at 74 and 28 times next year's sales, respectively. Here's how Palantir compares to those two high-growth software companies:

Palantir is growing at a similar rate as JFrog, so its stock could follow a similar downward trajectory after its lock-up expiration to cool off its price-to-sales ratio.

But could Palantir justify its premium valuation?

That being said, there are major differences between Palantir, a data mining firm that accumulates data on individuals, and JFrog, which helps companies update their software across multiple computing platforms.

Palantir generates over half its revenue from its government-oriented platform Gotham, which continues to expand with new contracts and complement its long-term goal of becoming the "default operating system for data across the U.S. government."

The bears often claim Gotham is a stable business, but that its pricing power and total addressable market are limited. However, they'll usually downplay the growth potential of Palantir's enterprise-oriented platform, Foundry, which provides similar tools to companies and other organizations.

Foundry already secured big contracts with the U.K. National Health Service, PG&E, and one of the world's largest pharmaceutical companies over the past year, and it could gain more momentum as more organizations prioritize data-driven decisions. If Foundry locks in more customers this year, Palantir could easily beat Wall Street's estimates and raise its guidance, as it already did last November.

Palantir's insiders likely recognize that secular trend, so it would be foolish to dump all their shares in the open market for a quick buck. There will inevitably be some short-term selling pressure as insiders cash out, but investors who plan to hold this stock for years or decades shouldn't be too worried. Instead, they should consider the upcoming dip to be a good long-term buying opportunity for this disruptive tech stock.