Virgin Galactic (SPCE 3.25%) stock got a bit of a boost today, rising nearly 6% before falling back to close up 3.9%. The move came in response to a 2 p.m. tweet from the company announcing its next test flight. But here's the curious thing: 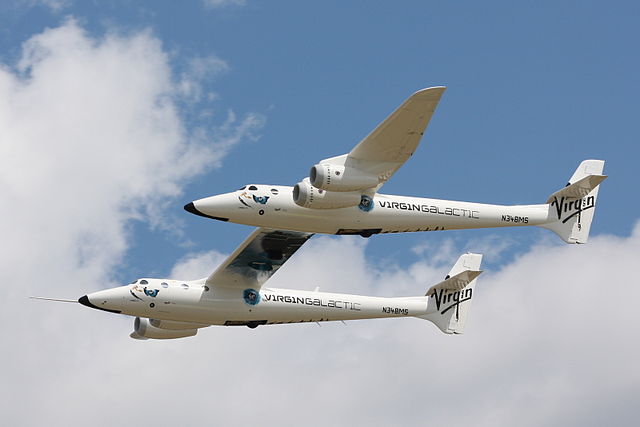 As Virgin Galactic explained-without-explaining: "Our mothership, VMS Eve, will be conducting a flight from Spaceport America, New Mexico, today and another tomorrow. ... to simulate SpaceShipTwo Unity's glide and approach-to-land phase." And unless something got lost in translation, that seems to mean that they'll be using the entirely atmospheric VMS Eve to test how the space-capable VSS Unity would land itself after visiting space.

This is extremely curious, first, because the two aircraft don't look, or fly, anything alike. So it's hard to see one serving as a close proxy for the other. And second, because it was the spaceplane (Unity) that experienced engine trouble in the last round of testing -- not the mothership (Eve) -- and therefore, it's the spaceplane, not the mothership, that would seem to need more test-flying.

Regardless, investors seem to be taking today's news as progress of some sort, at least, and perhaps as the first step toward Virgin Galactic taking another try at test-flying VSS Unity in the near future.

Once that happens, and succeeds, the company should be back on track toward sending Virgin Galactic founder Sir Richard Branson into space and later, allowing paying customers to board. In sum, today's news may only be a baby step toward space, but at least it's heading in the right direction.