Please ensure Javascript is enabled for purposes of website accessibility
Log In Help Join The Motley Fool
Free Article Join Over 1 Million Premium Members And Get More In-Depth Stock Guidance and Research
By Jennifer Saibil - Jan 22, 2021 at 8:10AM

Netflix is the top streaming site, but Disney is catching up.

The film industry has been completely changed by the pandemic, as lockdowns accelerated streaming site subscriptions and rendered movie theater companies out of business. Walt Disney (DIS 3.69%) probably gained the most from the trend, since it launched its premium Disney+ streaming site in November 2019, positioning it for success as the pandemic struck the globe just a few months later.

But leading streaming company Netflix (NFLX 5.03%) outperformed as well, surpassing 200 million subscribers in the fourth quarter, as reported in earnings this week.

One thing Netflix doesn't have is Disney's content library, the largest in the world and only available for the blue chip company's subscribers. But Netflix started creating its own original series in 2013 and films in 2015 to offer exclusive content. Since it's been hit with the new Disney initiative, and as studios are starting to embrace streaming, Netflix is pouring money into its own original films for 2021. 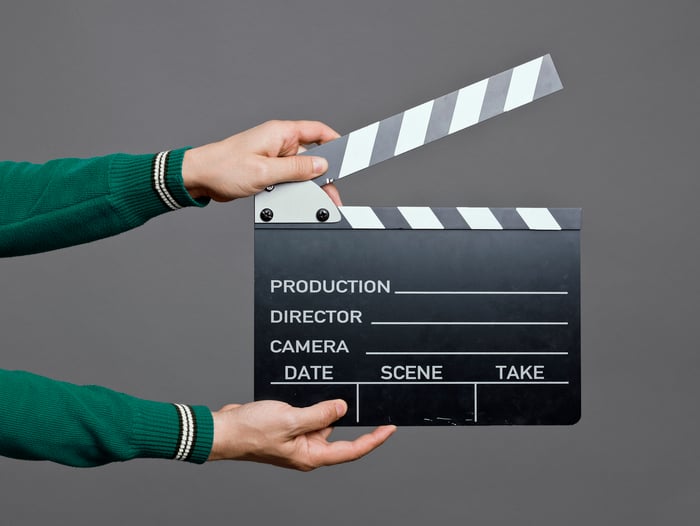 Disney movies are a lot more than Mickey Mouse. The entertainment giant owns several film studios that together accounted for 7 out of the top 10 highest-grossing films of 2019, as well as TV channels like ABC and cable's ESPN. Besides Disney+, the company also owns streaming sites Hulu, which it acquired in 2019, and ESPN+. Together, the sites have more than 130 million subscribers, and Disney expects that number to reach up to 350 million by 2024.

It also owns several international streaming sites under the Star brand, which it's planning to expand in 2021. Disney+ HotStar, a combo offering in India (and recently made available in Indonesia) accounts for a quarter of total subscriptions.

Disney's streaming efforts were its best businesses during the pandemic as parks and experiences were closed, and investor confidence in the operation was enough to close out 2020 with a 24% increase in Disney stock, despite revenue decreases for the past two quarters.

Disney has top talent in many genres and the resources to distribute content through its many channels. It announced a restructuring in October to leverage its direct-to-consumer channels with the right content, comprising two separate divisions, creation and distribution. 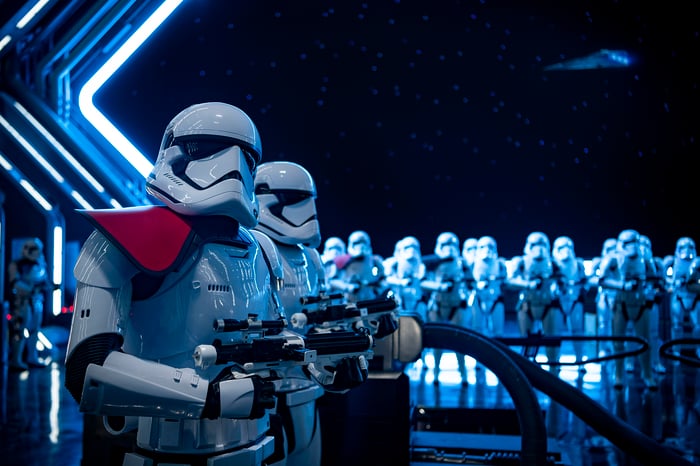 On Tuesday, Netflix released a trailer hosted by top Hollywood stars with glimpses of some of the movies that will be released in the coming months. It promises new, original films every week, with leading actors and distinguished directors.

It was challenging for Netflix to attract big names when film studios made big bucks at theaters, but with theaters closed and studios already having invested money in films that weren't being shown, Netflix was able to buy several titles for its site. Scott Stuber, head of Netflix's film division, told The New York Times "The quality of the filmmaking continues to grow" at Netflix, and he was hoping for more big-budget action films. One movie feature in the trailer is the upcoming Red Notice, with a $160 million budget.

It's hard to imagine that Netflix's lineup will match Disney's huge library any time soon. And Disney has hundreds of pieces of content in the works to distribute throughout its network of channels, even if it's not releasing a new film every week on Disney+, yet. But that may not matter. Netflix needs enough content to keep customers interested and subscribed, and to cover its film budgets. New content with leading actors should be enough to accomplish that, regardless of the competition.

Netflix stock ended 2020 up 65%, and as studios pour money into streaming films, Netflix should continue to see subscriptions rise. All streaming companies are likely to benefit as studios accept the trend away from theaters, and investors can expect more gains from both Netflix and Disney in the coming year.